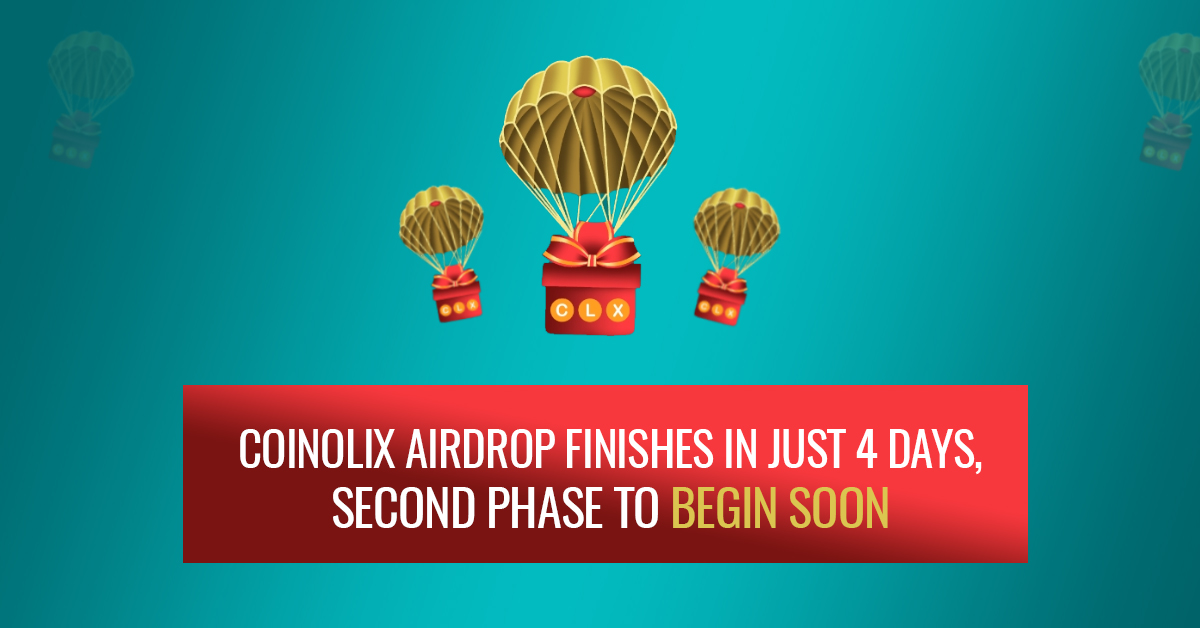 The Coinolix team thanks all its users and token holders who participated in the ongoing Airdrop campaign and contributed to making it a huge success.

The Airdrop program which started on September 1 became successful by accepting 60,000 registrations in just 4 days. All the tokens in the event were claimed by these participants.

Inspired by the huge success of its first Airdrop campaign, Coinolix team announces the second phase of Airdrop program, which will begin shortly before the pre-sale which is scheduled from 8 October 2018.

More details about the Coinolix second Airdrop campaign will be revealed soon via the official social channels. Meanwhile, interested users can participate in the Coinolix bounty campaign which is already ongoing on the website.

The Coinolix bounty campaign will run till the end of the public ICO sale. During the campaign, the company will distribute 18 million tokens to the participants.

Translate Coinolix White paper and ANN thread in other languages.

A total of 18 million CLX tokens will be distributed through the Coinolix bounty program. The rewards amount depend upon the work quality and quantity.