Look ARROUND: The Future Is Coming! 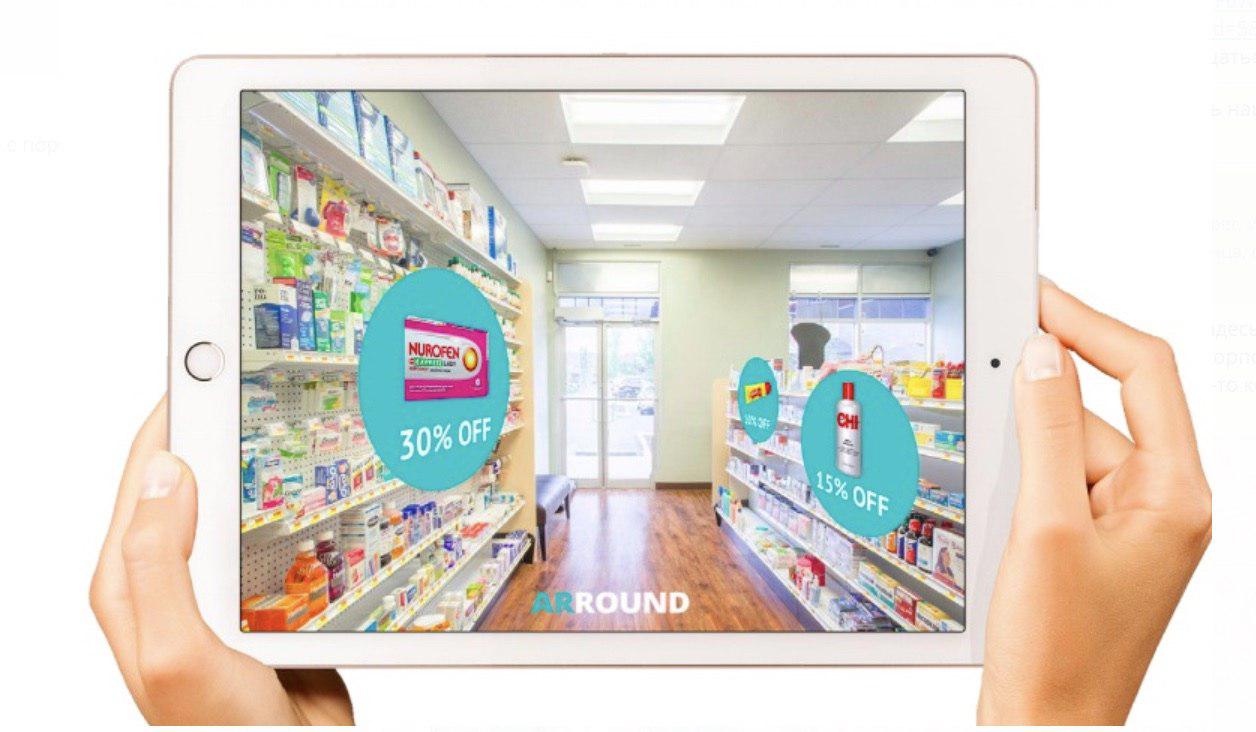 Augmented and virtual realities are already becoming the global trends that have an impact on society, which we can compare even to the influence of the Internet and smartphones. Individual companies and entire industries are beginning to use these technologies one by one to accelerate the workflow and achieve their goals. The smartphones become AR-terminals in the hands of ordinary people, and users may find themselves in a completely new, digital world by simply turning the camera on.

Augmented reality completely immerses a person into a new space, allowing him to feel the information literally around him and interact with it. It can be knowledge pointers, entertainment objects, advertising images. It can be anything you like! The creators of the ARROUND project, who are developing AR-platform, are convinced of this fact, the platform will solve all the issues of all market participants at once.

The technologies of virtual and augmented reality are becoming more and more popular every year, which means that our life will soon change under the influence of a new technological revolution. And changes will affect all areas.

The ARROUND project creators think that one of the simplest and most spectacular areas of application of the augmented reality technologies is tourism, as AR-technologies are ideal for routing tourist flows: the tourist takes a smartphone, turns on camera and sees the route with all the explanations. It works simply and intuitively.

But the main customers of ARROUND should be advertisers and advertising agencies. First of all, it is due to the placement of advertising formats that the project will develop. Why will this be in demand? It’s very simple: a billboard in the center of a large city, such as Paris, generates about 50,000 impressions a day, and costs about $10,000 per month. To compare, a banner on the site giving 50,000 impressions per day will cost about $300 per month, and in the ARROUND system, it will be possible to display the AR-banner for $300 instead of a physical billboard worth $10,000. In addition, due to WOW-effect, which augmented reality adds to advertising, it will be possible to create an attractive format for interactive advertising with minimal expenses!

A good example is the creation of quests, where you can not only simply present a product or service to a consumer, but also immediately involve him in the process of using them. A clear example of such advertising can be an Italian brand of clothing Gold Streetwear. To attract consumers to their products, advertisers created and stuck stickers in the format of the letter “g”. Having discovered such a sticker, the user turned a printed sign into animation with the help of a smartphone and application and the advertising icon became a game character, which was to be hunted by the user! The possibilities of the ARROUND project will be even wider and, moreover, personalized: the application will give advertisers the opportunity to make personalized offers for the CA based on the analysis of their location, recent requests, and constant needs.

It means that using a layer of augmented reality, a young mother passing by the pharmacy will see an advertisement for diapers, and a man looking for a remedy for colds yesterday in the search – a gargle for the throat.

Now let’s imagine that you pass the cinema and you will see the scenes of the film, its characters or you can take selfies with virtual copies of actors just using the camera of your phone.

Augmented reality is a unique format that brings new opportunities in a wide variety of areas, including tourism, marketing, telemedicine, warehousing, navigation and much more! But what will ordinary users receive and why will the audience of the application grow? In fact, everything is simple – each user of the application will become a participant in an innovative social network, where everyone will have the opportunity to create content on the layer of augmented reality. You will be able to leave your ROUND, post in AR, which will be seen by all users who are nearby. It can be text, object or sound, the message will disappear after 24 hours, but those who find it can take a photo or record a video with your ROUND and share it. Of course, in ARROUND, likes, reposts, adding to friends list and all other aspects will also be available, today it is impossible for a full-fledged social network to operate without them.

In the near future ARROUND promises to release the first version of the application, you can follow the project news on the project’s website https://arround.io

Here you can find detailed information about the used technologies and conducted tokensale. The authors of the project plan to collect hard cap in the amount of $30,000,000. Currently, 3,000,000,000 ARR tokens are offered for sale, the price of each of them is $0.035, later these coins will become the main condition of existence and the internal account unit of the platform (i.e. any commercial user who wants to place an inexpensive and effective advertising on the layer of augmented reality will have to own such coins), and this allows a further increase in the rate of tokens. ARROUND already has its first partner-advertisers, the company implements pilot projects with the brands MAGNAT, TRESemme, Carmex, Danone.

All the information about what solutions will be used later, you can find on the site ARROUND.io