ARROUND and Scania will release ads with augmented reality 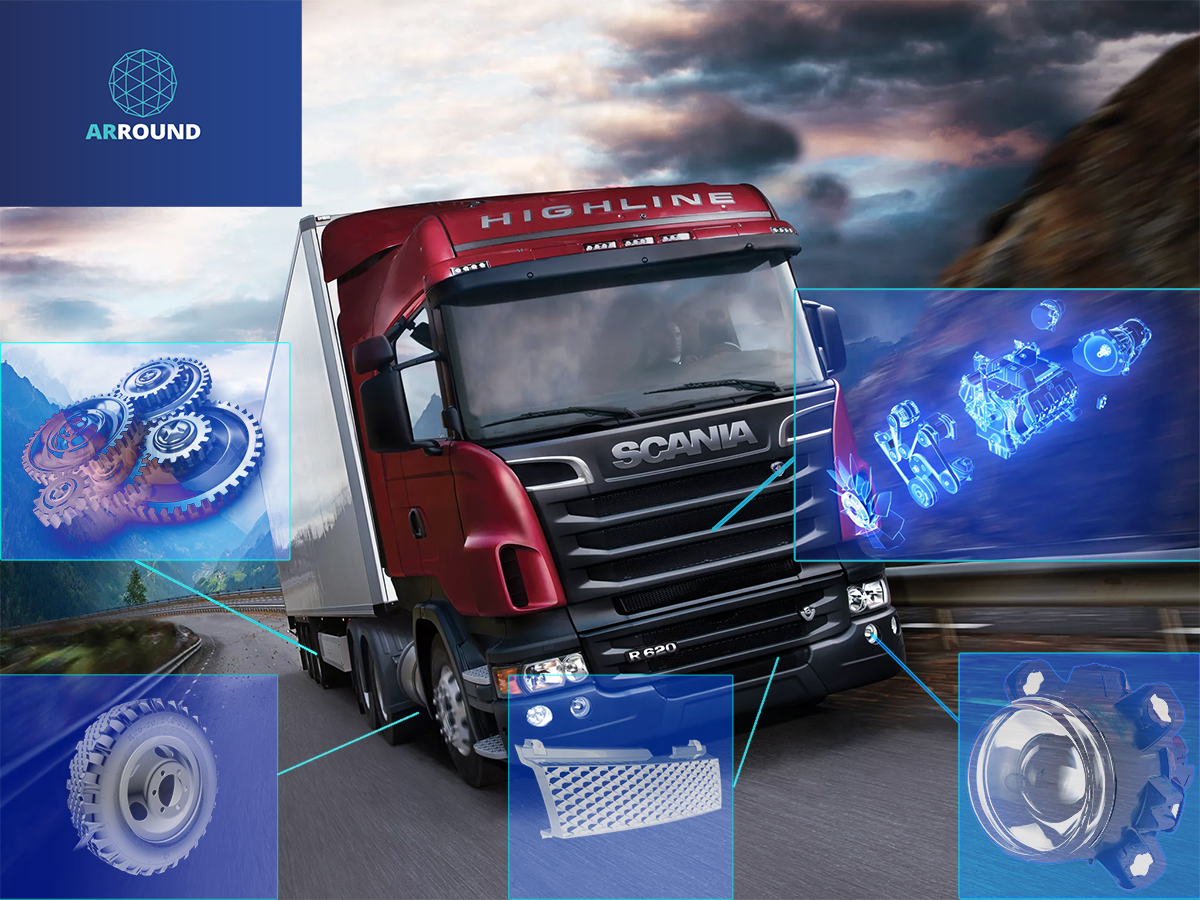 The Swedish manufacturer of trucks and buses, Scania, has entered into an agreement with ARROUND project, which is developing a decentralized advertising network in augmented reality. The companies will jointly launch a project to promote the new S730 premium series in AR.

It is noteworthy that for the implementation of the advertising campaign, Scania chose a project that is currently conducting an ICO. At the moment, the project has raised more than 5 000 000 dollars to develop a decentralized platform that will use augmented reality technology to solve problems for all market participants: users, bloggers, advertisers, advertising agencies, SOFTWARE developers, manufacturers and suppliers of AR-devices.

ARROUND has already released apps for iOS and Android. When installing this application on the phone, the user will be able to access the Augmented Reality layer, in which the environment will be supplemented with virtual objects.

Details of the joint project Scania and ARROUND is kept secret, but representatives of the Swedish company noted that they are confident in the success of non-standard solutions:

– Modern consumer is spoiled by a variety of advertising formats, so it is more difficult to attract his attention to a particular product. However, with the help of AR this problem can be solved quite easily. Due to the WOW-effect, which brings augmented reality to advertising, it is possible to create an attractive format of interactive advertising, which provides a strong emotional contact with the target audience. We believe that the ability to integrate the consumer into the advertising message provokes “word of mouth” and thus increases the efficiency of placement: anyone can see our product and share a picture or video with friends on social networks, which certainly increases the viral component of the campaign, – noted in the company.

The use of augmented reality technology also allows the company to save energy and money, providing users with the most complete and understandable information about the product, and eliminating the need to turn over the volume of instructions and diagrams that were previously provided with cars as manuals.

It is noteworthy that in addition to Scania, interest in the project was shown by large international companies, including Unilever, Carmex, Magnat, TRESemme, Campari. Together with them the authors develop and implement pilot advertising projects.

Scania is the world’s leading provider of transportation solutions, including trucks and buses for various operating conditions, as well as a wide range of comprehensive services. With the advent of a new premium series of trucks, faced with the demand for the most simple bringing information to consumers. Saving natural resources and time of people who want to get the most complete and understandable information, without turning over the volumes of instructions and schemes, Scania decided to cooperate with ARROUND platform. Thanks to the technology of augmented reality, exclusively presented on the platform, not only 3D models of trucks will be transferred to it, on the example of which the issues of visualization of the structure and configuration will be solved, but also the entire information component previously presented in dozens of books and instructions supplied with the cars.

ARROUND is a complete ecosystem that unites consumers, advertisers and AR developers on a single platform. Using the app, advertisers get a radical new way to attract an audience, and users discover a new exciting digital environment. ARROUND will allow business owners to integrate interactive advertising using a special armored surface containing a visual marker. When this marker is recognized, the app will display unique content for each user based on their socio-demographic data or search queries.

The ICO of ARROUND project started on September 15, and today the project fees have reached $5 000 000, thanks to which SoftCap was closed. The investor of ARROUND was a crypto-fund operating in the Pacific-Asian region – Asian-Investments, which invested more than $2,000,000 in the project. Learn more about the project on the website https://arround.io/