New data shows that Bitcoin (BTC) miners are hoarding more coins than at any time in the past five months, which could be a fresh signal that the current prices are not for selling.

Miners show no desire to sell

Bitcoin price may be disappointing spot traders this year, but long-time market participants are anything but concerned.

In addition to strong hands or seasoned hodlers, miners are now no exception, increasing their BTC holdings considerably in the first two weeks of 2022. 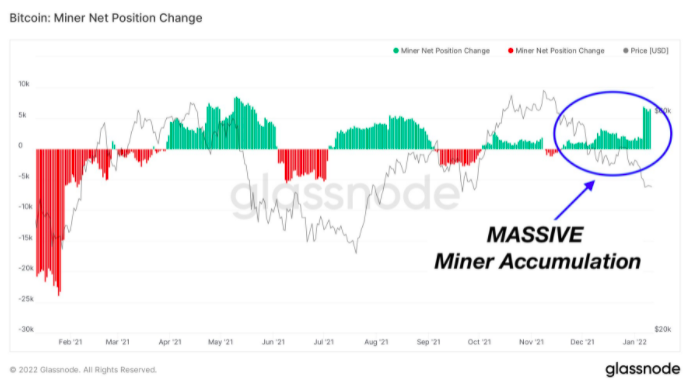 The past five days have each seen more than 5,000 BTC per day land on miners’ books, with accumulation in fact ongoing since before November’s $69,000 all-time highs.

Total BTC reserves were 1.859 million BTC as of Monday, the most since a marked reduction at the end of 2020 after BTC/USD passed its previous all-time highs from 2017. 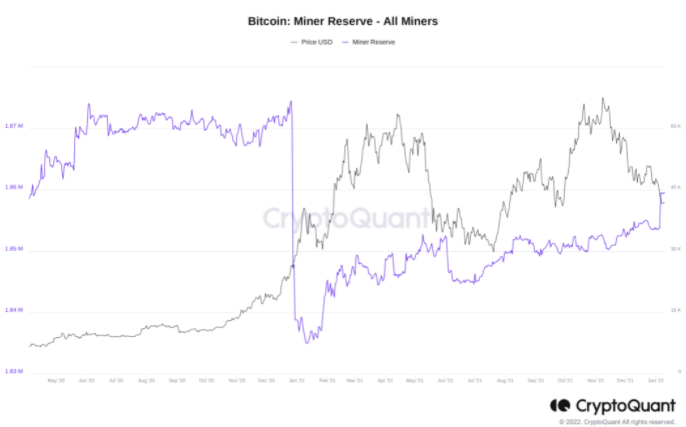 Hodling the hardest since last January

Returning to strong hands, the proportion of the Bitcoin supply deemed either lost or ferreted away by long-term investors hit a one-year high this week.

Underscoring the conviction of hodlers, 7.27 million BTC is now off the market — possibly forever.

The metric also saw a bottom over the summer thanks to the price disruption wrought by China’s ban on mining.

By contrast, Glassnode shows, an accumulation trend has been accelerating since $69,000. 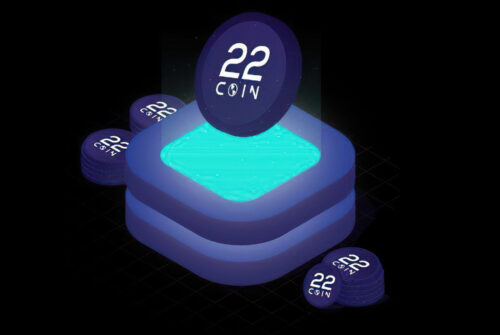