Museums in the metaverse: How Web3 technology can help historical sites

Historical-site metaverses may become a new business model for tourism, and they may rewrite history in the process.

Metaverse events at ancient and historical sites could soon shape up to be an alternate future for tourism.

Owners of physical castles and villas who have drafted up augmented reality blueprints of their properties think their ambitious plans to attract visitors in the metaverse will work, as virtual events can help them pay the hefty maintenance bills for their aging properties and also offer a chance to change historical narratives.

The metaverse tourism model was expedited by downturns in tourism brought about by COVID-19, but the industry may have already been heading that way.

Currently, major metaverse platforms are clunky, difficult to use and waiting for more “real estate” development, but firms are concentrating on what could be. Brands seem to be entering the metaverse en masse just for PR bragging rights.

So, it seems the possibility of learning existing, new and revised histories through the metaverse is not so remote.

Michelle Choi, founder of 3.O Labs — a Web3 venture lab — turned to digital opportunities to finance the upkeep of physical paintings, such as selling nonfungible tokens, or NFTs, as fundraisers to preserve illiquid assets.

Choi was a product manager at Google when she noticed the downturn in museum tourism due to COVID-19, seeing it as an opportunity for future metaverses. She subsequently quit her job and started her own metaverse experiments.

She began by working with a team to launch Non-Fungible Castle, an NFT exhibition and auction at Lobkowicz Palace, a real-life castle in Prague, held in October 2021. The event saw NFTs displayed next to 500-year-old paintings and had the goal to “broaden accessibility to cultural heritage.”

The launch raised enough to cover the restoration of all urgent projects at the property. Motivated by this proof-of-concept, Choi and 3.O Labs are now busily curating metaverse tourism experiences globally.

With the broader mission of making Web3 accessible to all users, 3.O Labs is already incubating an array of Web3 projects ranging from NFTs to decentralized autonomous organizations, or DAOs. Within its metaverse vertical, the venture lab is already building a project in a castle in Germany, which will be followed by a villa in India and then possibly a museum in Ghana. 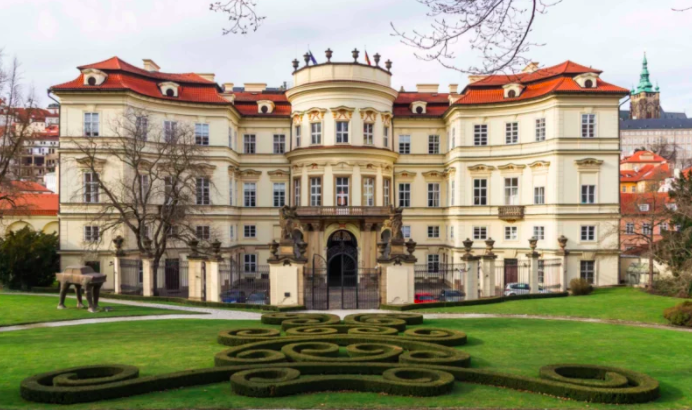 Choi told about her long-term vision for metaverse travel:

“Travel will be augmented as a teaching tool. In the past, tourism meant visiting a place. Photos were 2D, but 3D travel then emerged with virtual headsets. 4D time experimentation is now possible. Now, we can mesh different time periods. There’s a teaching angle.”

This raises a series of questions regarding what new histories will be created in the metaverse.

Will history be rewritten in the metaverse?

For better or worse, tourism businesses, education platforms and museums could reimagine history in the metaverse.

Scindia told that NFTs should be embraced as art, as “Every generation has its art and the interpretation of it. This is a new medium and a new platform for hungry, emerging Indian artists.” She added that there “should be no barriers around art creation.”

Scindia is convinced that the metaverse is the future, as “A person usually visits a museum once,” but they can visit multiple times in the metaverse. She says that in India, especially, museums are not the first destination people think to go to for entertainment. Private museums in small towns can be taken for granted, especially when compared with shopping malls and cinemas. So, she is working with 3.O Labs to “create immersive experiences — for example, animations that allow you to put yourself in short history documentaries.” It’s about opening more doors for conversations and education.

Scindia also has a story to tell the world via the metaverse:

“I disagree with my family history. We have rooms of research documents in the palace. Now is the right time and the right platform to correct history.”

She told that the historical narrative she would like to paint with her immersive experiences is “to tell the real story of my clan, the Maharatas. Retelling the story told by the British, which sounds like a Game of Thrones book — dark and barbaric. We fought for independence from all exterior forces, yet it was made out that we were fighting Indians in India. It is a historic fact that the Maharatas were the rulers of India, post the Mughals. And their narrative and value system are even more essential to study and understand today. I would like to use the platform to change the narrative through art, culture and history.”

“I disagree with the way Maratha history is portrayed. However, today there is a renewed interest, maybe because of the glamor of cinema, but there’s also a new world out there. People have a deep interest in history today and are rediscovering art and history. The metaverse may be the right platform to inform and educate people, to generate interest, so they may start their own journey of a deep dive into history, art and culture through this amazing world.” 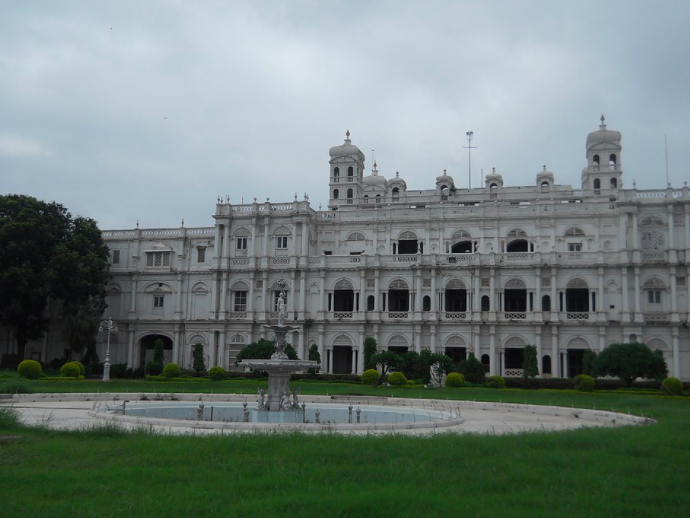 Prince Heinrich Donatus of the Schaumburg-Lippe family owns Bueckeburg Castle, a castle in northern Germany, 45 minutes from Hannover. Schaumburg-Lippe was one of the 16 reigning families of the German Empire until 1918. Later, the British Army of the Rhine confiscated the castle to use as its headquarters from 1948 to 1953. It had previously been under American control following the end of World War II in 1945 until Germany’s occupation zones were established.

Donatus has the same idea as Scindia: a metaverse for historical preservation. 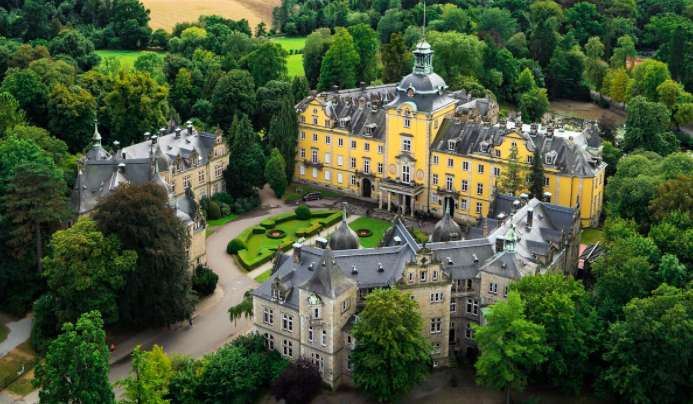 Donatus, who co-founded 3.O Labs with Choi, will soon operate an NFT exhibition and a DAO-focused hacker house at the castle. He told that “The metaverse isn’t a virtual reality world. It is a new economy. For example, the incentivization to enter the metaverse could be to protect a castle.”

But why support noble families in 2022?

For illiquid assets like sprawling estates, the cost of maintenance can outweigh a family’s cash flow. The preservation of privately owned sites of historical significance is, therefore, a significant challenge for owners and a national or global public good.

“Foreigners who buy European castles give up after a year when they realize what is involved.”

“The Bueckeburg castle is not meant to be lived in anymore — it is primarily a cultural site,” Donatus said, “We have the sole responsibility to maintain this history working with limited resources, and suddenly resources can be vastly enhanced and crowd-sourced.”

“Virtual tours could be profitable, though metaverse ideas could take several years to pay back,” noted Choi. “But long term, there are no maintenance or air conditioning expenses for the metaverse.”

Donatus said he foresees a launching DAO treasury for renovations, akin to a “people’s UNESCO” — a reference to the United Nations agency tasked with protecting sites of cultural and historical significance.

DAOs are not constrained by borders, and this can create network effects for new models of tourism. “A sort of PleasrDAO for castles,” said Donatus. “They will include decentralized access/stewardship to castles, and castle hackathons — as castles are a cool place for meetups.”

Historical storytelling and experiences can also be augmented to create surreal and impossible scenarios.

“Under no circumstance do I want to experience things I can experience in the real world,” said Donatus. “The Metaverse can recreate and preserve the past.” He said one could create a “tennis match in a ballroom in the Palace of Versailles as a great tourist drawcard.”

Choi said, “In the metaverse, we can upload guns and recreate wars for historical teaching purposes.” Historical reenactments with reconstructed weapons happen all over the world, including in the United States, Germany, Russia, the United Kingdom and Italy, and there may be many future teachable moments in the metaverse.

If metaverses truly are the future, the planning for their rules and composition starts now. This is why, for example, a group of Indigenous Australians plan to set up an embassy in the metaverse. Mixing the ancient and the new is seemingly tenuous, but it all depends on how bullish one is about the significance of the cultural totems in the metaverses of the future.

As metaverses become new models for tourism, they may also rewrite history in the process.