Expectations remain that Bitcoin will head lower in the short term as price compression becomes the main chart feature of the Easter weekend so far. 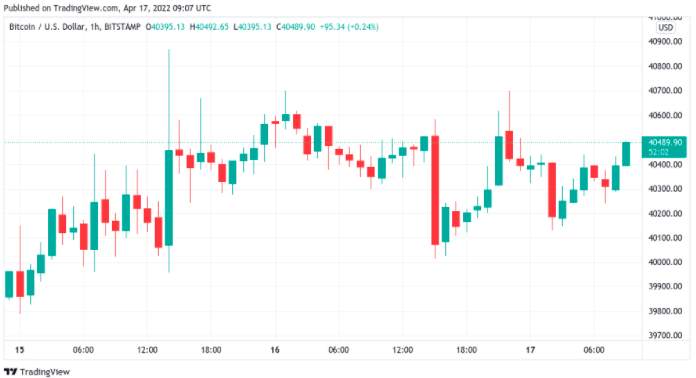 Data from TradingView showed BTC/USD acting in a narrowing range with $40,700 as its ceiling Saturday and Sunday.

With Monday likewise a non-trading day, Bitcoin was set for four days of “out-of-hours” trading. While that meant its stocks correlation mattered less, there were other forces at play ready to spook sentiment.

Market liquidity stayed lower than on workdays, and while standard, some feared that any sudden moves could be exacerbated as a result of thinner order books.

5) So while this could be a bearish bet, it is also likely protective of AUM.
But why now?
Perhaps they are concerned about Spot/deriv market manipulation over an illiquid weekend.
Perhaps just concerned over the next week against falls <40k, but prefer to lose low-cost premium. pic.twitter.com/spNXiurWqr

For him, only a reclaim of levels significantly beyond the current narrow trading range on low timeframes would suffice for a more bullish feeling on what could come next for BTC/USD.

“44.5k most important spot for bullish momentum currently. 42k 1D Resistance,” he summarized to Twitter followers on Saturday alongside an explanatory chart.

“Below bias is for re-distribution and another leg down. Think buyers need to step in pretty quickly.” 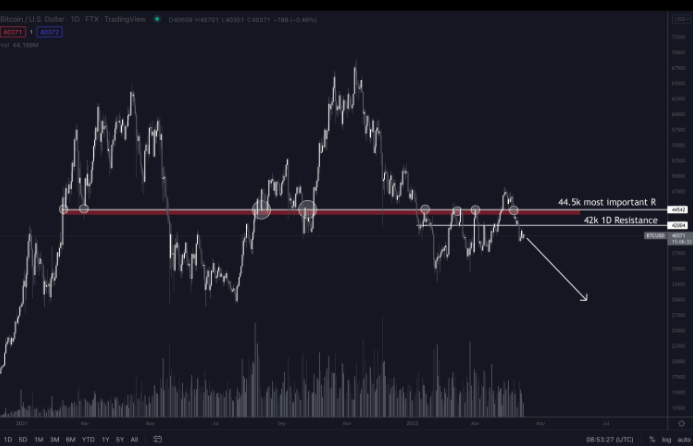 Pentoshi was meanwhile not the only voice predicting long-term gain but short-term pain for Bitcoin — a narrative, which had gathered momentum throughout 2022.

While that event followed a long period of lower lows throughout the year, Bitcoin has been making higher lows in 2022, he noted, but it would not take much for the tables to turn and “capitulation” to enter.

“The difference between those higher lows and a breakdown is significant right now, so just being blindly on one side and not considering anything else is a little bit foolish in my opinion,” he said.

Svenson added that Bitcoin was “getting there” in terms of following a historical pattern of putting in a macro low around 800 days after each block subsidy halving. The last halving — on May 11, 2020 — was 706 days ago.