It’s looking like a dismal end to the week for both crypto and equities alike with losses increasing. 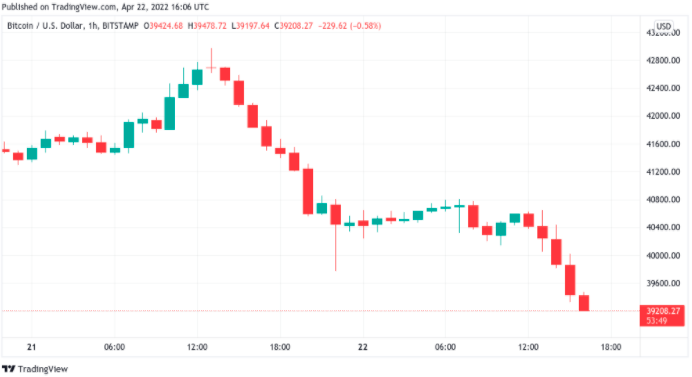 No let-up for stocks or crypto as losses mount

The previous day had cost bulls $40,000 support, a level tha had yet to cement itself as a meaningful line in the sand at the time of writing.

For analytics resource Material Indicators, it was now a case of watching bids getting filled lower down in exchange order books.

Between spot and $37,500, there was approximately $100 million in bids waiting on Binance, according to an accompanying chart.

“Expecting it to get filled, but watching to see if BTC/USDT liquidity moves to the active buy zone or the buy zone moves to the orders resting on the Binance order book,” Material Indicators commented. 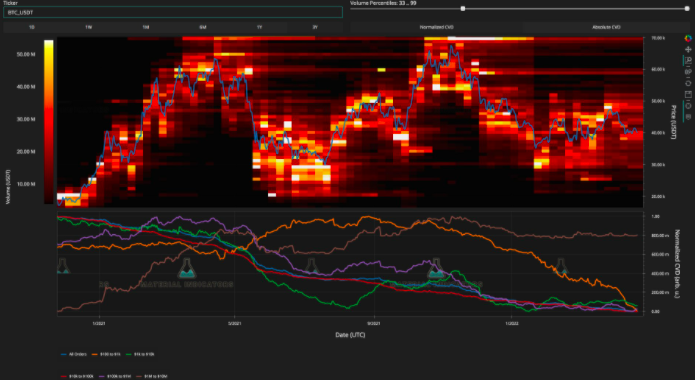 In Europe, the picture was made worse by the bond market sell-off reaching what markets commentator Holger Zschaepitz called “historic proportions.”

Traders were broadly also in a “wait and see” mode when it came to Bitcoin. Michaël van de Poppe told Twitter followers that BTC/USD was now in a “crucial” area.

“The level has hit. Let’s see how the market will respond from this area on Bitcoin,” he wrote in his latest update.

Due to failing to crack the 2022 trading range for good earlier this month, the outlook for Bitcoin may now be more ominous than many cared to believe, he warned on April 22.

$BTC my belief is most market participants are underestimating the impact of this failed breakout https://t.co/aREFTXTzYo

Bitcoin has no shortage of bearish mid-term price predictions, among them that of former BitMEX CEO, Arthur Hayes, who expects $30,000 to return by June.