It’s touch and go as to whether BTC can avoid its first four weekly candles in the red since June 2020.

Bitcoin (BTC) stayed below $40,000 on April 24 as the weekly close looked set to be a painful one for bulls. 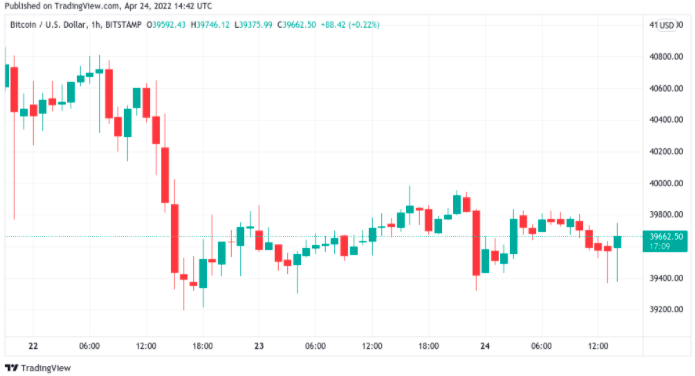 Data from TradingView showed BTC/USD failing to retake the $40,000 mark after losing it before the weekend.

As traders braced for classic volatility into the weekly close, Bitcoin looked decidedly unappetizing. At $39,500 on Bitstamp, the spot price at the time of writing would constitute the lowest weekly close since the week of March 7. 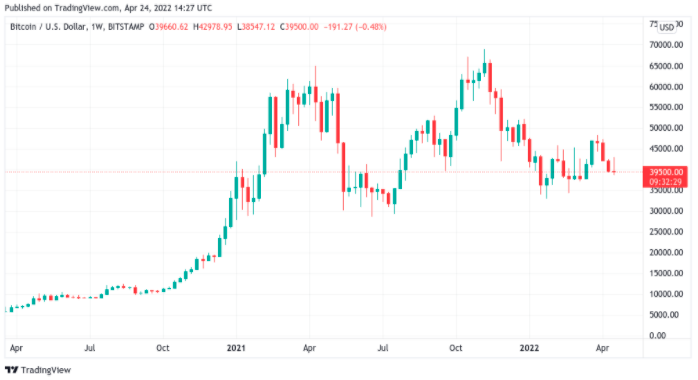 “Pretty obvious uptrend since mid-to-late January imo. If we have our 4th RED weekly close today could be bad though,” Twitter account CryptoBull commented in a discussion with popular analysts Johal Miles and Pentoshi.

Four red weekly candles in a row would be a rare event, the account added, noting its absence for the past two years on the weekly chart.

Outside technical signals, attention focused on France on April 24 as the Presidential elections came to a close.

With incumbent Emmanuel Macron expected to win a second term, warnings nonetheless painted a dire market reaction in the event that his rival, Marine Le Pen, won the presidency.

“It would be a terrible day for markets,” Ariane Hayate, fund manager at Edmond de Rothschild Asset Management, told Bloomberg:

“The first impact would be on the French 10-year bond yield that could go through the roof.”

The European Union’s financial fragility has been brought to the forefront as inflation soars and central bank balance sheet reductions have yet to kick in.