NFTs, DAOs and the importance of roadmaps

A deep dive into the worlds of nonfungible tokens and decentralized autonomous organizations, and how they can benefit from each other.

When CryptoKitties came out, it was hilarious to me. “Wait a second,” I thought. “So, you mean this JPEG can have sex with this JPEG and make a new baby JPEG? Say what?” When CryptoPunks started out in 2017, they seemed silly to many. They were just 128 X 128 pixels. Who cares about that? They weren’t really cool until Gary Vee had a mastermind call with influencers and said, “Crypto Punks are going to be huge, go get a bunch of them.” They went in and cornered the market and raised the prices.

Bored Apes was right around the same time as Gary was launching his project. They got big influencers together and said, “Let’s get these.” And so they all bought those, the prices rose over time. At one time, these cost 2 Ether (ETH). That was a lot back then! Now the floor is like 80 ETH. All these NFTs — CryptoKitties, CryptoPunks and Bored Apes — made big bucks.

When I chatted with Gary early on in 2021 when he was thinking about NFTs, we discussed launching on Wax, which is a blockchain specifically for NFTs. It’s like WalMart but for NFTs. NFTs are much cheaper on Wax than Ethereum. Gary would go on to do a great job raising $90 million on his own putting them on ETH. I just don’t like those gas fees on ETH so much — it is a big drain. 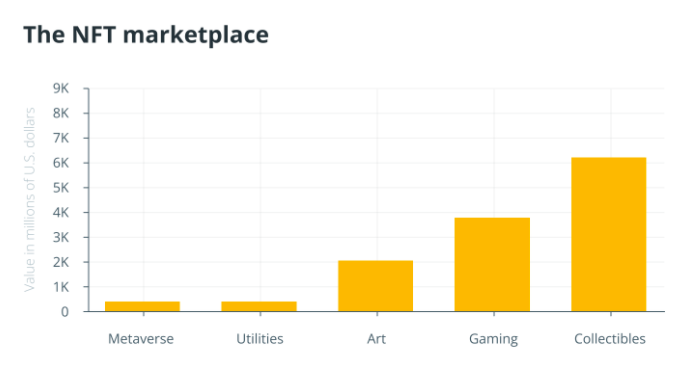 I started to see the implications of what could be with NFTs. A lot of people look at NFTs as mere images; they’re just JPEGs, no different from a screen shot. There is so much more to NFTs than that, because they can truly unlock experiences for you. NFTs represent the next level of digital rights management. Essentially, your NFT can be video, images, text, audio, links, AR, VR, 360 video, and they can be a combination of all of those. They can unlock certain venues based on geo-proximity, etc.

An NFT can evolve over time, too. You can have a little baby NFT, maybe a little baby egg, which then turns into a baby dinosaur. It then turns into a toddler dinosaur, an adult dinosaur, and it can mate with other dinosaurs and have a baby dinosaur. The cycle starts all over. The stronger and more powerful the dinosaur, or a certain lineage of dinosaurs, the more valuable. Believe it or not, there’s a lot of real world applications to that. 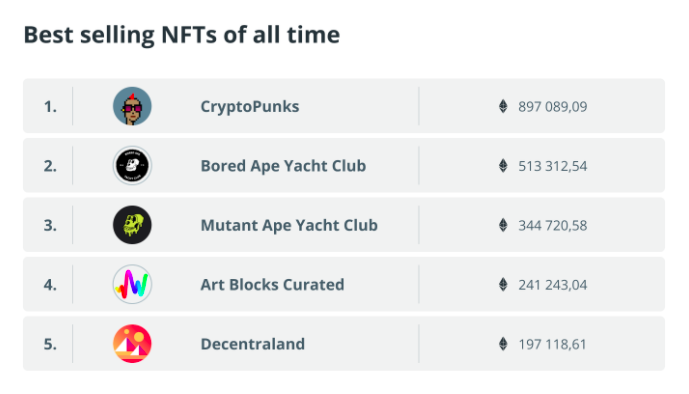 There’s also more utilities for NFTs. If you have this NFT in your wallet, and you can prove that it is yours, maybe you can go backstage at a concert. There are a lot of loyalty rewards that can be done with these NFTs. If a band comes to your town, they can drop you something in your wallet, which gives you an additional experience.

Related: We haven’t even begun to tap into the potential of NFTs

An NFT is basically a programmable smart contract that can do anything you can imagine. It’s not just a JPEG — it’s proof of ownership that an item is yours. The surface has not yet been scratched when it comes to NFTs.

When you have an NFT, you are now part of the community of people who have these particular NFTs. You can go on the blockchain and see everyone, who is in this community with you — your fellow NFT holders. You could then drop them something in addition to that. These communities are best organized as DAOs. 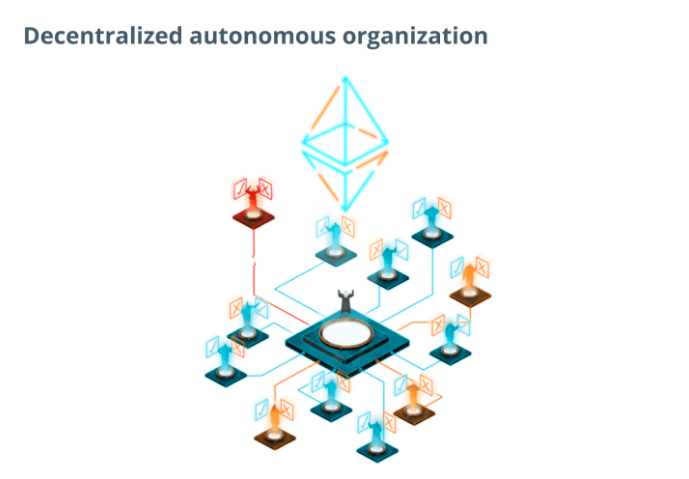 A DAO is a decentralized autonomous organization, which has no employees, no boss, no headquarters (physical location), no place you can call up and talk to somebody to complain. Sorry Karen, it’s a DAO. 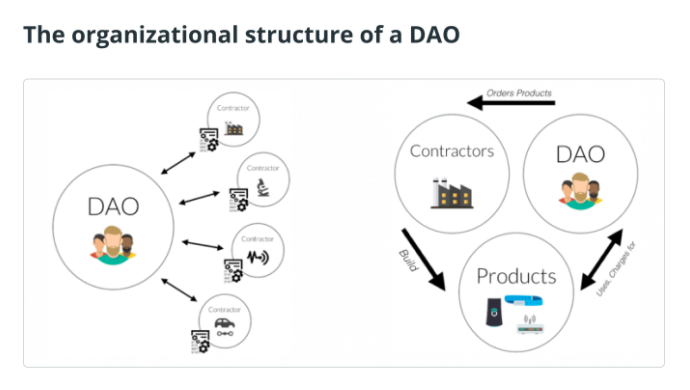 Code manages a DAO. Let’s say there are three DAO members. We each have the right to vote and participate in the DAO, because we hold that NFT. We can participate in the governance of that particular organization. Not every DAO needs an NFT. Similarly, not every DAO needs a crypto token. Either way, if you have X amount of tokens, you can have a certain level of voting power. Alternatively, if you have a certain NFT or a certain number of NFTs, you can also have a level of voting power. It is a foolproof voting method to govern an organization unlike anything the world has seen before.

Related: The DAO is a major concept for 2022 and will disrupt many industries

These types of organizations won’t have just three people in them. They will have thousands. If you have a particular NFT within such an organization, you will hold more voting power, which will be correlated to your NFT holdings (either a specific NFT tier or the number of NFTs you hold). DAOs will operate entirely different from traditional organizational hierarchies, which from the bottom up have an employee, a manager, a director, a VP, a president, a CEO and perhaps a chairman. In a DAO, none of that exists.

A DAO is an organization governed by code instead of leaders. That’s a paradigm shift when you consider the fact that these are algorithms and smart contracts taking the place of those traditional corporate structures. They are self-executing in a lot of ways; if this happens, then this.

Smart contracts should be automated and enforce certain rules. For example, smart contracts can be handy if you are a freelancer trying to finish work for a client. What if, when the work is done, the smart contract generates itself, executes, and you get paid immediately. How great is that compared to having to wait 30 days for January in accounting to finally get to you thirty plus days later?

Currently, the biggest platform for NFTs and DAOs is Ethereum. It was, after all, the very first smart contract platform that was built. You can execute code based on whatever you write into the contract; if this, then that. It eliminates many problems experienced in the digital realm, especially. It eliminates the need for trust and intermediaries. Most businesses are going to want some sort of smart contracts to execute within their business.

There won’t be fraud in a DAO because it’s on the blockchain and programmed into the code. We know who has which NFTs or tokens, and the vote to which that corresponds. It’s undeniable, it’s trustless. It’s the way of the future for voting in organizations.

A driverless car is like a DAO. It’s autonomous, it’s driving around town on its own. You can tell it to go to a certain location. It’s going to follow the directions and monitor the road to keep you safe — all managed by code. As long as you are clear in your code, it will execute what you have proposed. The DAO brings a community component to NFT projects. You can collaborate on and contribute to the project.

If you’re going to create a DAO, make sure you have the proper legal governance framework. AndreessenHorowitz has a DAO legal framework you can learn from. Be sure to check that out.

Roadmaps are important. The utilities for your NFTs are important. If you’re just creating an NFT series, and the art looks cool, few people will care. A roadmap shows people you have the necessary long term plan for your project. Roadmaps show you care about a project, that you have long term goals for the project and, ultimately, that it is not a money grab. A lot of these NFT projects are quick money grabs. People see others making millions of dollars on NFTs and they want a piece of that and then they’re out. That’s not good for the community.

A roadmap lays out quarter by quarter where you are going to take the project. In Q1, we’re doing this. In Q2, we’re doing that. And guess what? You’re not going to believe what we’re doing in 2023. Having ideas of where you are heading will show your community that you are serious, and it is not a scam. Sometimes very legit-looking projects have gotten big audiences, sold out, and delivered nothing. They just took the money and ran. That’s a rug pull, and they are horrible. The big NFT projects in 2022 will have roadmaps.

Moving forward, projects will not only have a roadmap, they’re also going to have utility beyond the artwork. We’re already starting to see NFTs with better capabilities than the first generations. For instance, the concept of how NFTs fit into the metaverse has caught on. They’re going to be more than a profile picture, which a lot of NFT projects have been.

Related: Increased adoption of Metaverse NFTs will power the next NFT growth cycle

If you’re an investor, only invest in NFT projects where the team is known and has doxxed themselves. You can go to the individual team member social media profiles, and see that they are public and active — that includes the executives and lead developers, in particular. But, also, the marketing team, etc. A lot of current NFT projects hide behind avatars and fake names, and I believe that is going to change.

Whether you’re launching an NFT or investing, you don’t need to know about every NFT out there — take a deep breath. Many might not be relevant to you and your business model. Yet, there is this element of loyalty and ownership that could engage many-an-audience, and you don’t want to miss out on what could be a valuable opportunity.