Bitcoin stays under $30K as LUNA gains 600% during ‘insane volatility’

Bitcoin (BTC) failed to reclaim $30,000 into May 14 as traders looked forward to a relatively stable weekend. 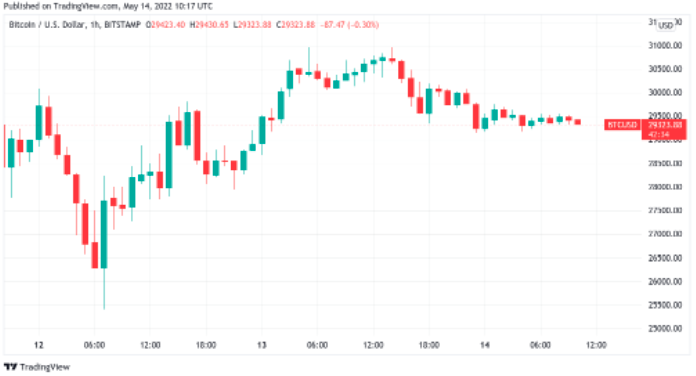 Data from TradingView followed BTC/USD as it lingered below the $30,000 mark, now rapidly becoming resistance.

The pair had reached just shy of $31,000 before retracing, while the end of the traditional market trading week had been accompanied by fresh warnings of a new macro low still to come.

#Bitcoin – Looks like we might get the inverse H & S before going into the weekend. Hoping to see this 4h candle hold and see it push up. Then I’ll move stops in profit and let it ride during the weekend. 2% risk, 2% stop loss. pic.twitter.com/lxRuk3M43G

Not everyone stayed on the sidelines as the dust settled. On major exchange Bitfinex, long leverage continued expanding, having already hit all-time highs.

“Another day has passed and the Bitfinexors are still loading up as if someone has a gun to their head,” commentator Johal Miles reacted alongside a chart showing the trend.

After losing practically all of its value in a week, LUNA saw a rebound which was tiny compared to its all-time highs above $100 but hugely lucrative for short-term traders.

Despite its supply ballooning to 6.9 trillion tokens, LUNA subsequently appreciated 100 times from its floor price on news that creator Terra had plans to “revive” its ecosystem.

Faced with the price action, many were in disbelief.

“The volatility on $LUNA is absolutely insane,” Michaël van de Poppe commented, adding that it was a “great weekend to scalp trade a little.” 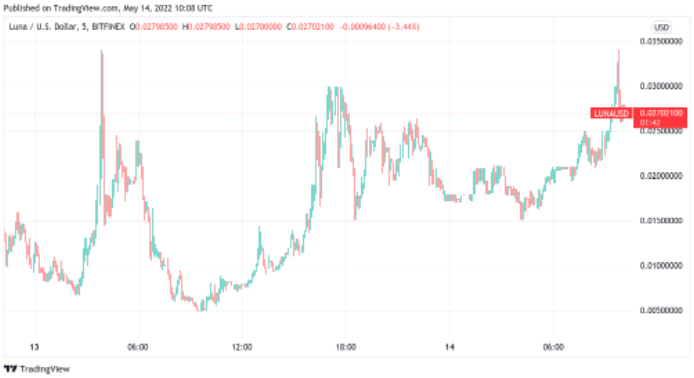 Those buying in on the majority of occasions through the week conversely faced near total losses on their positions.

I really don’t think Luna is a buy and hold right now, it’s a risky in and out play. I have no clue what’s going to happen with it.

Be careful if you are trying to trade it!

Bitcoin stays under $30K as LUNA gains 600% during ‘insane volatility’