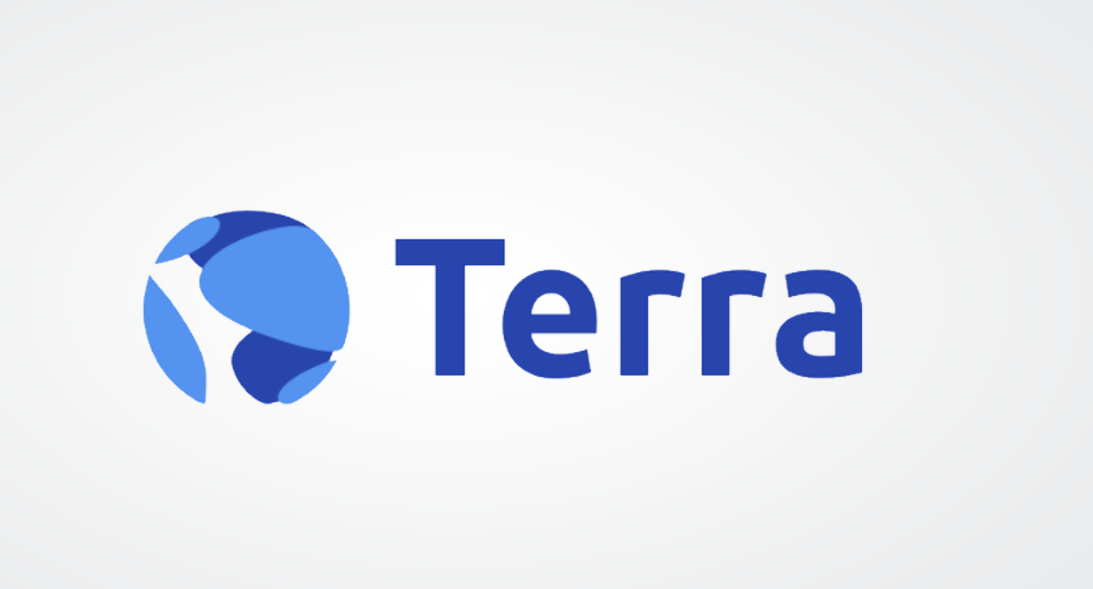 Despite the risks involved, Terra’s ‘insane volatility’ still serves as an attractive market for many short-term investors — mainly because LUNA momentarily gained 600% in value on May 14.

It took just seven days for the Terra (LUNA) ecosystem to spiral down as prices came crashing from $85 on May 5 to nearly $0 on May 12. As the market slowly gained clarity on what transpired, the trading volume of LUNA saw a steep recovery of over 200% over the weekend.

As a result of UST de-pegging, which crashed the LUNA market, LUNA investors mirrored the price dip as CoinGecko recorded the decline of trading volumes to $178.6 million on May 13 — a number that was last seen in February 2021. 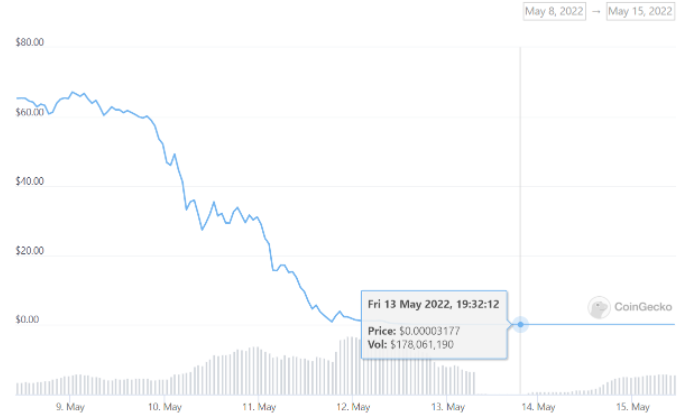 Terraform Labs CEO and co-founder Do Kwon sought damage control on the same day as he proposed a revival plan for Terra’s comeback, which involves compensating UST and LUNA holders for holding the tokens during the crash.

Despite the risks involved, Terra’s ‘insane volatility’ still serves as an attractive market for many short-term investors — mainly due to the fact that LUNA momentarily gained 600% in value on May 14.

As investors try to recoup their losses while others attempt to cash in on Terra’s comeback, the trading volume of LUNA surged over 200% back to $6 billion. Before the crash, the LUNA ecosystem consistently recorded over $2 billion in trading volumes on average over the past two years. 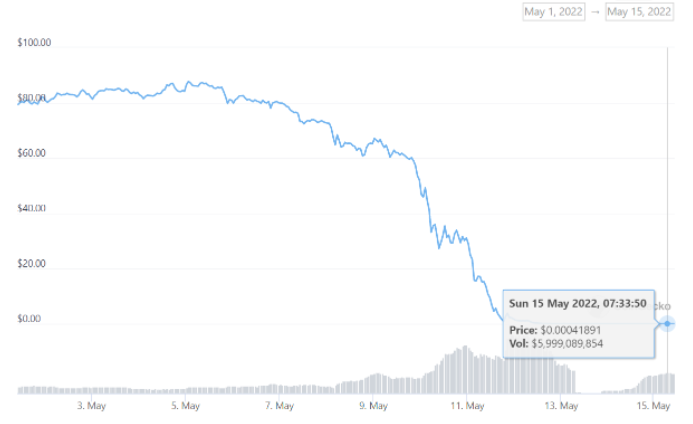 However, right when LUNA prices tumbled between May 10 and May 13 morning, its trading volume surged as investors attempted to reduce their losses — ranging from $5 billion to $16 billion. At its peak, LUNA’s trading volume recorded an all-time high of $16.15 billion on May 11. 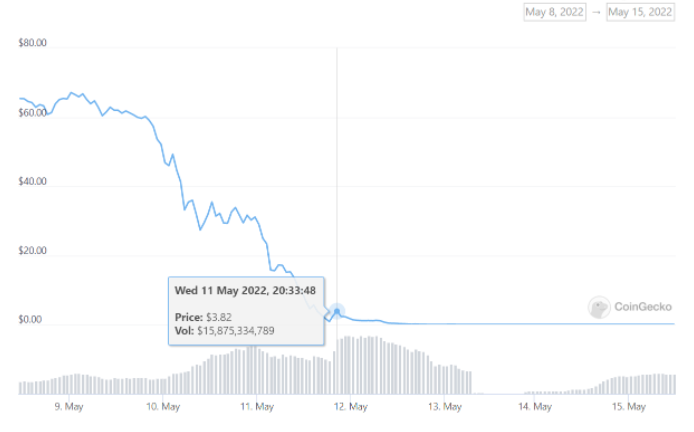 Due to the various factors stated above, LUNA regained its trading volume and trades at $0.00025 at the time of writing. According to data from CoinMarketCap, crypto exchange Binance represents 68.26% of LUNA’s trading volume, followed by KuCoin at 9.52% and FTX at 1.13%.

On Friday, Crypto.com users raised concerns about LUNA trades being reversed on the exchange’s mobile application.

There was a lot of customers who were buying at wrong prices and of course some also jumped onto the opportunity to exploit the glitch to the maximum.

We reversed ALL trades.

Some customers saved a ton of $ and are thanking us, some didn’t abuse the glitch and are bashing us.

As a result, Crypto.com temporarily blocked all users from trading. After a day’s review of the supposed system glitch, Marszalek informed that “all user accounts have been re-enabled.”

The company has offered $10 worth of its in-house token Cronos (CRO) as a goodwill gesture for affected investors.