Ethereum price dips below the $1.8K support as bears prepare for Friday’s $1B options expiry

Looming macroeconomic concerns and this week’s $1B ETH options expiry threaten to pin Ethereum price under the $1,800 support.

Ether’s (ETH) performance over the past three months has been less than satisfying for holders and the 50% correction since April 3 caused the altcoin to test the $1,800 support for the first time since July 2021. 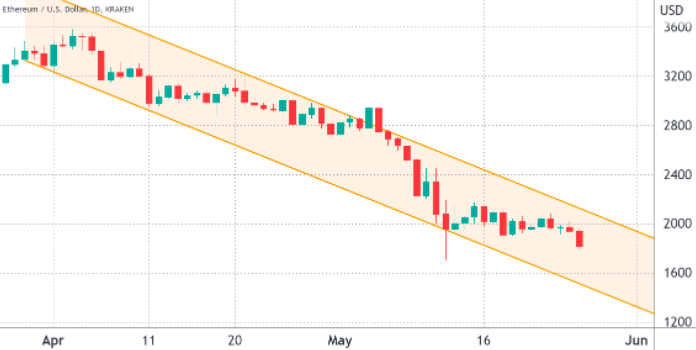 Due to the volatility in stocks, investors had been seeking shelter in the United States dollar and on May 13, the DXY index reached its highest level in 20 years. DXY measures the USD against a basket of major foreign currencies, including the British pound (GBP), the euro (EUR) and the Japanese yen (JPY).

Moreover, the five-year U.S. Treasury yield reached its highest level since August 2018, trading at 3.10% on May 9 and signaling that investors demand larger returns to compensate for inflation. In a nutshell, macroeconomic data reflects risk-averse sentiment from investors and this partially explains Ether’s downturn.

Further creating panic among Ether traders was a seven-block chain reorg on Ethereum’s Beacon Chain on May 25. A valid transaction sequence was knocked off the chain due to a competing block getting more support from network participants. Fortunately, this situation is not uncommon and it might have emerged from a miner with high resources or a bug.

The main victims of Ether’s 11% price correction were leverage traders (longs) who saw $160 million in aggregate liquidations at derivatives exchanges, according to data from Coinglass.

Bulls placed their bets at $2,100 and higher

The open interest for the Ether’s May monthly options expiry is $1.04 billion, but the actual figure will be much lower since bulls were overly-optimistic. These traders might have been fooled by the short-lived pump to $2,950 on May 4 because their bets for the May 27 options expiry extend beyond $3,000.

The drop below $1,800 took bulls by surprise because virtually none of the call (buy) options for May 27 have been placed below that price level. 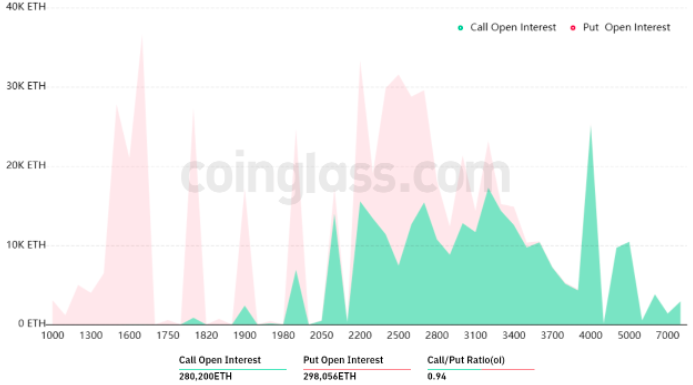 The 0.94 call-to-put ratio shows the slight dominance of the $540 million put (sell) open interest against the $505 million call (buy) options. Nevertheless, as Ether stands near $1,800, every bullish bet is likely to become worthless.

If Ether’s price remains below $1,800 at 8:00 am UTC on May 27, none of the $505 million call options will be available. This difference happens because a right to buy Ether at $1,800 or higher is worthless if Ether trades below that level on expiry.

Bears aim for a $325 million profit

Below are the three most likely scenarios based on the current price action. The number of options contracts available on May 27 for call (bull) and put (bear) instruments varies, depending on the expiry price. The imbalance favoring each side constitutes the theoretical profit:

This crude estimate considers the put options used in bearish bets and the call options exclusively in neutral-to-bullish trades. Even so, this oversimplification disregards more complex investment strategies.

For instance, a trader could have sold a put option, effectively gaining positive exposure to Ether above a specific price, but unfortunately, there’s no easy way to estimate this effect.

Bulls should throw the towel and focus on the June expiry

Ether bulls had $160 million leverage long positions liquidated on May 26, so they should have less margin to drive the price higher. With this said, bears will undoubtedly try to suppress Ether below $1,800 ahead of the May 27 options expiry.