On-chain data flashes Bitcoin buy signals, but the bottom could be under $20K

Multiple indicators signal that BTC could be in a “buy zone” but analysts caution that its price could still dip below $20,000.

Every Bitcoin investor is searching for signals that the market is approaching a bottom, but the price action of this week suggests that we’re just not there yet.

Evidence of this can be found by looking at the monthly return for Bitcoin (BTC), which was hit with a rapid decline that “translated to one of the biggest drawdowns in monthly returns for the asset class in its history,” according to the most recent Blockware Solutions Market Intelligence Newsletter. 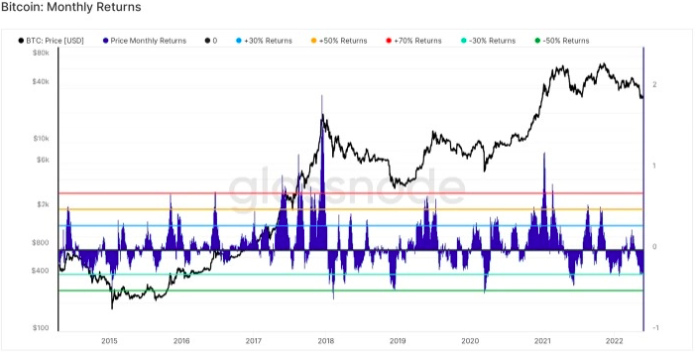 Bitcoin continues to trade within an increasingly narrow trading range that is slowly being compressed to the downside as global economic strains mount.

Whether the price continues to trend lower is a popular topic of debate among crypto analysts and the dominant opinion current points to further downside.

Analysts will stay bearish until $45,000 is reclaimed

According to Blockware Solutions, there are a variety of indicators that point to a bearish outlook as long as BTC trades below the $45,000 to $47,000 dollar range.

This includes the fact that Bitcoin started off 2022 at $46,200 while the 180-week exponential hull moving average, which gives more weight to recent price action, indicates that the moment for BTC is declining and currently sits at $47,166.

Short-term hodlers, defined as those who have been in the market for less than 155 days, have been especially hard hit by the market weakness with the current short-term holder cost basis sitting at $45,038.

Taken together, these data points suggest that the sentiment for BTC will remain bearish as long as the price is under $45,000.

Despite the current doom and gloom analysis, there are a few signs that the market may be in the process of searching for a bottom.

According to the most recent Glassnode Uncharted newsletter, following the early May drop below $30,000 for Bitcoin, “network activity increased as more supply changed hands while the network shed value.” 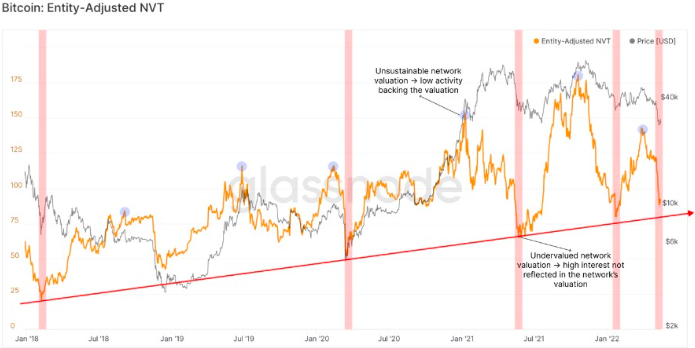 “This phenomenon has historically signaled a great buying opportunity.”

To further support the claim that Bitcoin is currently in a good buy zone, the report pointed to the entity-adjusted dormancy flow, which has been consolidating within an area that had previously been considered a optimal purchase zone. 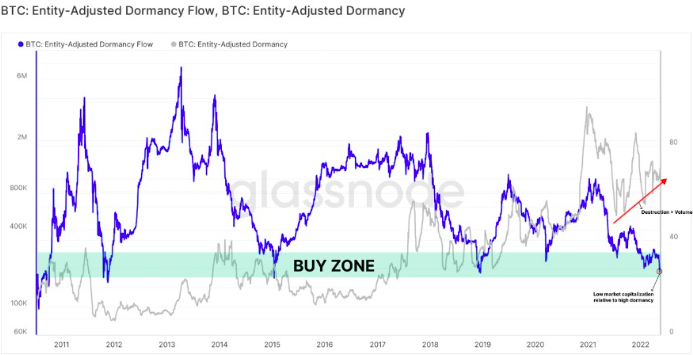 Blockware Solutions, likewise, sees several data points that suggest the market may be in search of a bottom, including the Mayer Multiple, a metric that compares the current market price to the 200–day moving average, which is currently “near some of the lowest readings on record.” 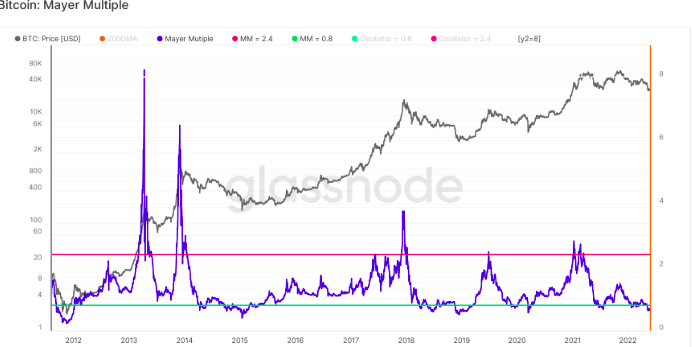 While multiple data points confirm that the crypto market is in a bear market, there are indications that seller exhaustion may be reaching its limit and that the market is searching for a bottom. Where that will eventually be found remains unknown, but several indicators currently point to a solid level of support near the $21,000 level.