The launch of the new LUNA mainnet comes as problems persist for other well-known altcoins.

Bitcoin (BTC) analysts faced another day of frustration on May 28 as BTC/USD refused to offer volatility up or down. 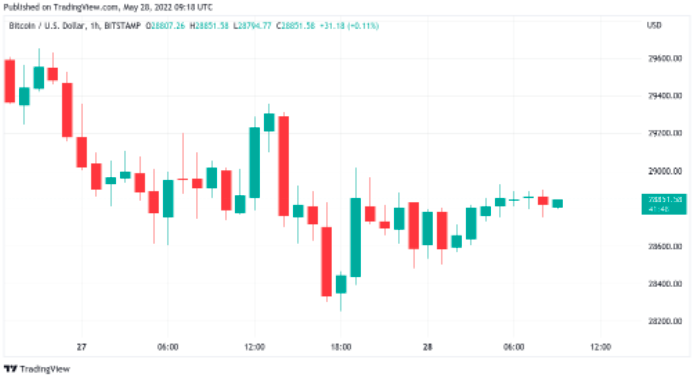 “Not the decoupling we wanted”

Data from TradingView showed the largest cryptocurrency sticking in a narrow short-term range into the weekend.

Previously forecast support levels to avoid a deeper correction managed to hold in the May 27 Wall Street trading session, but a bounce higher was similarly absent as commentators looked for fresh cues.

“Short resistance and long support until one of them breaks. Keep it simple in ranges as they are there to engineer liquidity for trend continuation or reversals,” popular trading account Crypto Tony summarized in part of a recent tweet.

Others focused on Bitcoin’s relative underperformance when compared with stocks, which finished up at the end of the week. The S&P 500 gained 2.47% on May 27, while the Nasdaq Composite Index was up 3.33%.

Also, this is not the decoupling that we wanted. 😄#Bitcoin $BTC https://t.co/3YSFbL4rcb pic.twitter.com/krFEurFkaf

Unlike Bitcoin, equities markets were making the most of a continued downtrend in the strength of the U.S. dollar.

Analyst Matthew Hyland noted that the index’s reversal meant that it was now challenging its overall uptrend from the beginning of the year.

US Dollar (DXY) Weekly RSI heading toward a crucial test of the trend line that started at the start of the year: pic.twitter.com/529BsZxshD

On altcoins, the revival of the controversial Blockchain protocol Terra was greeted by limp performance.

Terra co-founder Do Kwon confirmed the launch of the new mainnet for in-house token LUNA on the day.

To view your $LUNA (or $LUNA2 as some exchanges call them) token balances, you only need to log into station and refresh the page

For new users coming in from IBC et all, create a station wallet with the same ledger and station should walk you through the remaining steps https://t.co/1ZKmCGKLvp

At the same time, concern was mounting over other major altcoin projects, notably Celsius (CEL), which had managed to drop from $0.80 to around $0.50 in under a week. 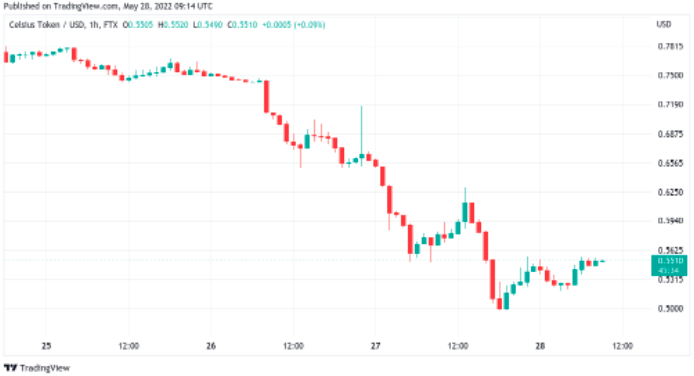 Hex (HEX), a project which had aroused suspicion throughout its existence, suffered a similar fate, declining from just over $0.11 a week ago to lows of under $0.05.

The top ten cryptocurrencies by market cap nonetheless copied Bitcoin’s low-volatility behavior in the 24 hours to the time of writing, with only Dogecoin (DOGE) seeing noticeable moves, this time to the upside to reclaim $0.08. 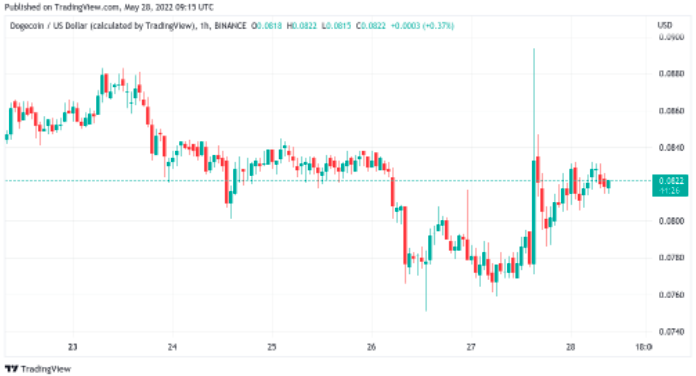