Complimenting the new hash rate ATH of 231.428 exahash per second, Bitcoin’s network difficulty stands at a strong position of 30.283 trillion.

Bitcoin (BTC) hash rate, a network security measure based on computing power for mining, achieved a new all-time high (ATH) of 231.428 exahash per second (EH/s) amid an ongoing bear market that witnesses BTC price plunging below the critical $25,000 mark.

Hash rate is directly proportional to the computing power of mining equipment for confirming transactions, which deters bad actors from manipulating on-chain transactions. Complimenting the new hash rate ATH, the Bitcoin network difficulty stands at a strong position of 30.283 trillion. 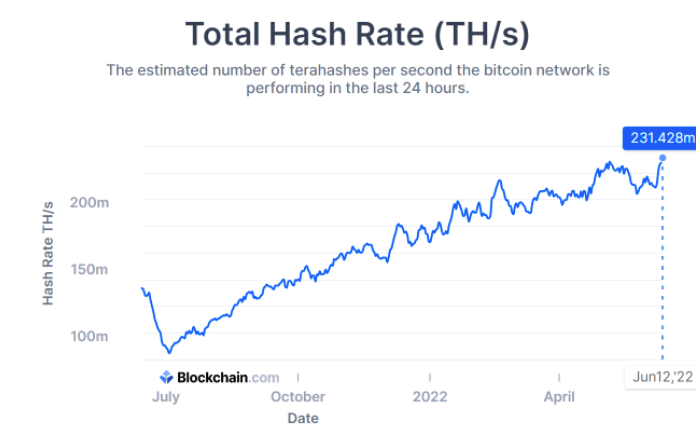 Some of the most popular Bitcoin mining pools based on market share include Poolin, AntPool, F2Pool, ViaBTC and SlushPool. However, a majority of the total hash rate is contributed by distributed miners, shown as ‘Others’ in the graph below. 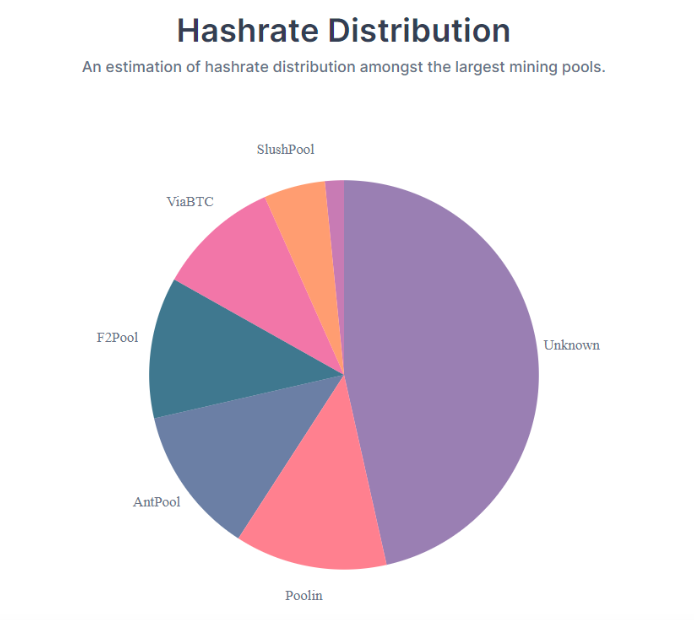 Despite the market crash that threatens to wipe numerous crypto projects out of existence, the Bitcoin ecosystem continues to strengthen its core by consistently recording new ATHs for hash rate, network difficulty and network capacity.

In addition, the Bitcoin Lightning Network — the layer-2 technology built on Bitcoin — increased its capacity to 4,000 BTC, furthering its goal to enable faster and cheaper peer-to-peer BTC transactions.

With continued support from miners, traders and developers, Bitcoin remains well-positioned to be hosted on the most secure blockchain network in the world.

This new decentralized web leverages #Bitcoin to put users back in control of their data and identity – once and for all.

Here’s a thread with all you need to know 🧵… pic.twitter.com/TpW8OvuyKX