With BTC recently trading at the $20,000 range for the first time since 2020, small-time investors found a small window of opportunity to achieve their dream of owning at least 1 Bitcoin.

Ever since early Bitcoin (BTC) investors woke up millionaires as the ecosystem gained tremendous popularity alongside the mainstreaming of the internet, investors across the globe have been in the rush to accumulate as many of the 21 million BTC — one Satoshi at a time.

With BTC recently trading at the $20,000 range for the first time since 2020, small-time investors found a small window of opportunity to achieve their dream of owning at least 1 BTC. The number of Bitcoin wallet addresses containing one BTC or more increased by 13,091 in just 7 days.

While the total number of addresses holding 1 BTC saw an immediate reduction in days to come, the crypto community on Reddit continues to welcome new crypto investors that hodled their way into becoming a wholecoiner. 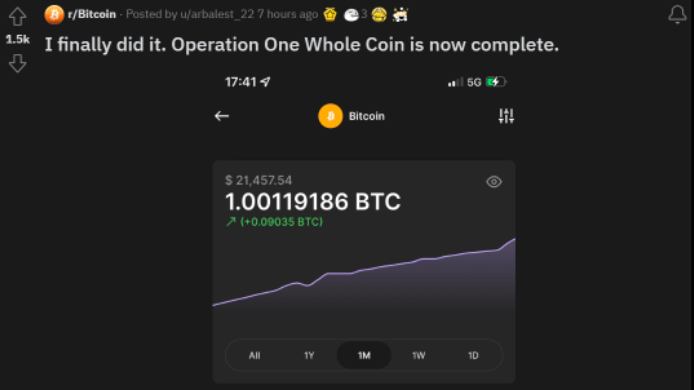 Redditor arbalest_22, who shared the above screenshot, revealed that it took him around $35k in total to accumulate 1 BTC over several months since February 14, 2021. Showing further support for the Bitcoin ecosystem, the Redditor aims to continue procuring Satoshis or sats until he accumulates over 2 BTC.

“I’m hoping in the future I can treat it more like rich people treat real estate and take loans out against it. Then as it appreciates just pay off the old loan with a new one. Boom, tax-free income.”

Following suit, another Reddit user Evening-Main-5860, too, posted about being able to 1 BTC after largely following a dollar-cost averaging (DCA) strategy, wherein they regularly bought smaller amounts of BTC over a long period of time, stating: 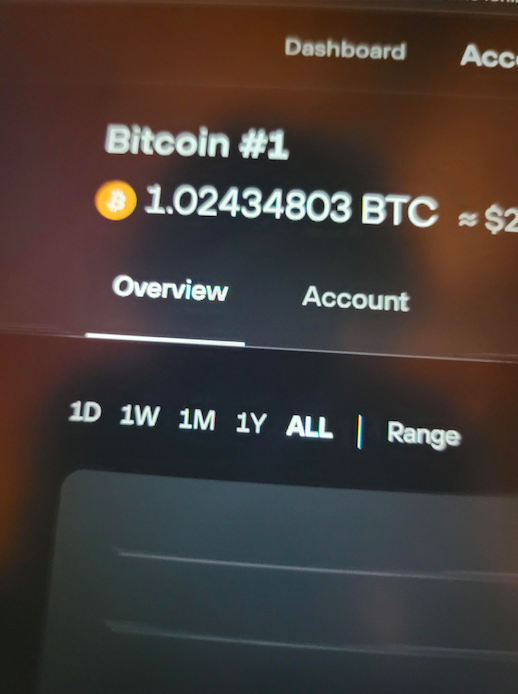 “I was able to catch the falling knife and buy enough to get me over the finish line. This was no easy feat. I’m just an ordinary guy with an ordinary life.” 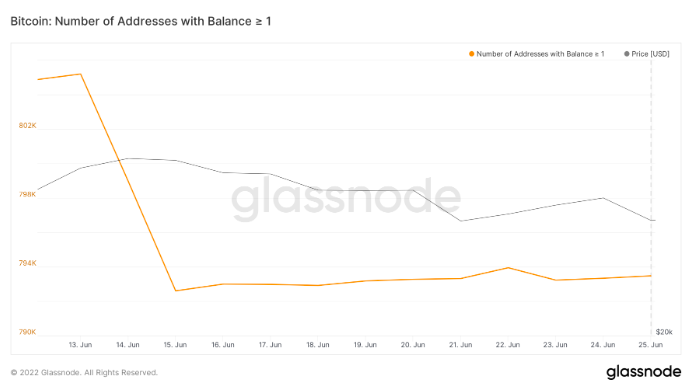 Between June 15 to June 25, the total number of Bitcoin wallet addresses holding more than 1 BTC grew by 873, according to Glassnode data.

While falling BTC prices are seen by many as an investment opportunity, Google search trends highlight the tendency of other investors to speculate about its demise.

Google searches for “bitcoin dead” hit all time highs over the weekend. pic.twitter.com/oDXNqGEeIL