Time to accumulate? 5 sectors to watch during crypto winter

Crypto prices have dropped to multiyear lows, raising the question of which assets from which subsectors are ready for accumulation.

It’s weird to think that anyone could look forward to downturns in the crypto market, but that is precisely the position held by many developers and project creators who enjoy the low-pressure environment that exists during a bear market.

As the saying goes, bear markets are for building, and now is one of the best times to survey the landscape to see which sectors of the market are most active in designing the platforms that will soar to new heights in the next bull cycle.

Here’s a look at five sectors of the blockchain ecosystem that may present some of the best opportunities for accumulation while prices are low and demand is non-existent.

Layer-1 (L1) protocols like Bitcoin (BTC) and Ethereum (ETH) form the foundation that much of the cryptocurrency ecosystem is built upon and enable most of the other sectors of the market to exist.

That being said, currently, there are not many options available for launching other protocols on the Bitcoin network and Ethereum has well-known limitations in terms of scalability, which can lead to high transaction costs and slow processing times.

Due to these factors, there remains a significant opportunity for other L1 protocols to establish themselves and carve out a good slice of market share. The total revenue generated by a protocol is one metric that can be used to determine which networks see the most usage. 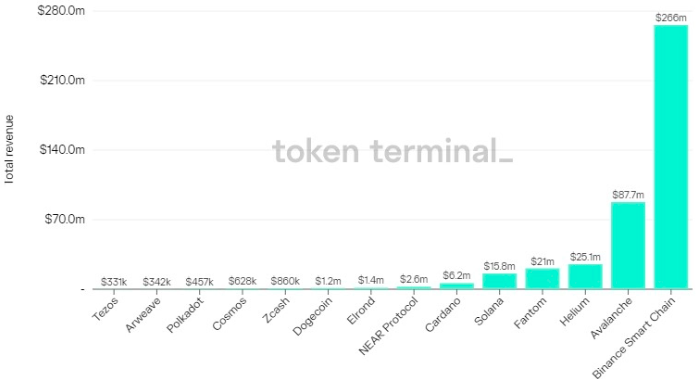 According to data from Token Terminal, the top five L1 protocols in terms of total revenue over the past 180 days, excluding Bitcoin and Ethereum, are BNB Smart Chain (BNB), Avalanche (AVAX), Helium (HNT), Fantom (FTM) and Solana (SOL).

As mentioned above, the Ethereum network has limitations in terms of scalability that won’t be solved during the upcoming Merge, leaving an opening for layer-2 protocols to fill the need by helping to reduce the activity that occurs directly on the Ethereum blockchain.

According to L2Beat, which tracks the stats on the top Ethereum L2s, Arbitrum is ranked number one in terms of total value locked (TVL), followed by Optimism and dYdX.

One network that was curiously left off the list provided by L2Beat, but remains the most highly adopted L2 in terms of active wallets and protocols launched is Polygon (MATIC), which currently has a TVL of $1.59 billion, according to data from DefiLlama.

As for the Bitcoin network, the main L2 solution that is currently seeing increased inflows is the Lightning network, but there is no token involved with the protocol. Instead, users can opt to run a node if they want to support the network as well as earn passive income.

The gaming sector of the cryptocurrency ecosystem has proven to be one of the more resilient in terms of keeping users engaged during the current crypto winter.

The emergence of play-to-earn games like Axie Infinity (AXS) helped shine a spotlight on the possibilities of blockchain-based gaming during the bull cycle of 2021 and has led to an offshoot of numerous “-to-earn” type protocols such as move-to-earn and learn-to-earn.

Data from DappRadar shows that some of the top games in terms of active users include Alien Worlds, Splinterlands and Farmers World, all of which operate on the WAX network while Axie Infinity is the top game in terms of the value of assets held in its smart contract.

There are also a host of other games that are still in development but nevertheless attracting a lot of attention, including Illuvium and Aavegotchi, as well as tokens that represent gaming ecosystems such as Enjin Coin (ENJ), Gala (GALA) and Ultra (UOS).

One sector of the cryptocurrency landscape that has yet to really get established in a notable way but represents a good opportunity to help increase adoption is social engagement platforms similar to Twitter, Facebook or Reddit.

Previous front runners in the social media landscape include Steem and its community-driven offshoot Hive, but neither protocol has really achieved widespread adoption to date.

While no other protocols currently in operation have managed to crack the code that attracts a lot of users who stay engaged long-term, events in the wider world including the ongoing drama around Elon Musk’s purchase of Twitter show that social media remains in need of an openly accessible community-focused platform.

A final sector worth keeping an eye on due to its widespread appeal with mainstream society including efforts that are already underway to integrate it into daily life is the Metaverse.

To help simplify matters, th Metaverse is a virtual reality representation of all the data and interactions that occur on the internet, built on top of blockchain technology.

While the concept of the Metaverse is still in its infancy, it’s a popular topic of conversation around the crypto sphere and is already attracting large investments from some of the most well-known and recognizable brands in the world.

In addition to the Metaverse, platforms that specialize in the creation and launch of nonfungible tokens (NFTs) are also worth paying attention to as the NFT sector has been shown to be popular with the general public.

Some of the most developed and adopted Metaverse and NFT platforms currently in operation include The Sandbox (SAND), which recently partnered with Playboy to launch a MetaMansion social game on the platform, as well as Decentraland (MANA) and ApeCoin (APE).