Bitcoin (BTC) recovered modestly on Aug. 20 but remained on course to log its worst weekly performance in the last two months.

On the daily chart, BTC’s price climbed 2.58% to $21,372 per token but was still down by nearly 14.5% week-to-date, its worst weekly returns since mid August. Nonetheless, some on-chain indicators suggest that Bitcoin’s correction phase could be coming to an end.

That includes Hash Ribbons, a metric that tracks Bitcoin’s hash rate to determine whether miners are in accumulation or capitulation mode. As of Aug. 20, the metric is showing that the miners’ capitulation is over for the first time since August 2021, which could result in the price momentum switching from negative to positive.

Nonetheless, Bitcoin has been unable to shrug off a flurry of prevailing negative indicators, ranging from negative technical setups to its continued exposure to macro risks. Therefore, despite optimistic on-chain metrics, a bearish continuation cannot be ruled out.

Here are three reasons why Bitcoin’s market bottom may not be in yet.

Bitcoin’s price decline this week has triggered a rising wedge breakdown, suggesting more losses for the crypto in the coming weeks.

Rising wedges are bearish reversal patterns that form after the price rises inside a contracting, ascending channel but resolve after the price breaks out of it to the downside, which could result in a drop to as low as the maximum wedge’s height.

Applying the technical principles on the BTC chart above presents $17,600 as the rising wedge breakdown target. In other words, the Bitcoin price could fall by approximately 25% by September.

Bitcoin bulls are misjudging the Fed

Bitcoin had surged by approximately 45% during its rising wedge formation, after bottoming out locally at around $17,500 in June.

Interestingly, the period of Bitcoin’s upside moves coincided with investors’ growing expectations that inflation has peaked—and that the Federal Reserve would start cutting interest rates as soon as March 2023.

The expectations emerged from the Fed Chairman Jerome Powell’s FOMC statement from July 27.

“As the stance of monetary policy tightens further, it likely will become appropriate to slow the pace of increases while we assess how our cumulative policy adjustments are affecting the economy and inflation.”

Nonetheless, the most recent Fed dot plot shows that most officials anticipate the rates to reach 3.75% by the end of 2023 before sliding back down to 3.4% in 2024. Therefore, the prospects of rate cuts remain speculative.

St Louis Fed president James Bullard also noted that he would support a third consecutive 75 basis point raise at the central bank’s policy meeting in September. The statement falls in line with the Fed’s commitment to bring inflation down to 2% from its current 8.5% level.

In other words, Bitcoin and other risk-on assets, which fell into a bear market territory when the Fed began an aggressive tightening cycle in March, should remain under pressure for the next few years.

If history is any indicator… 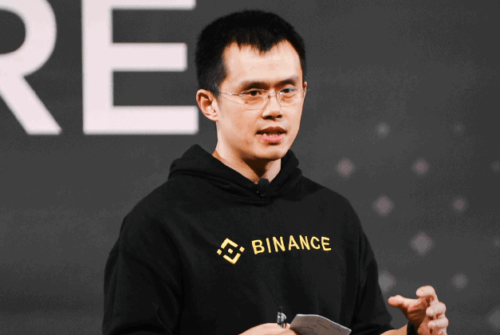