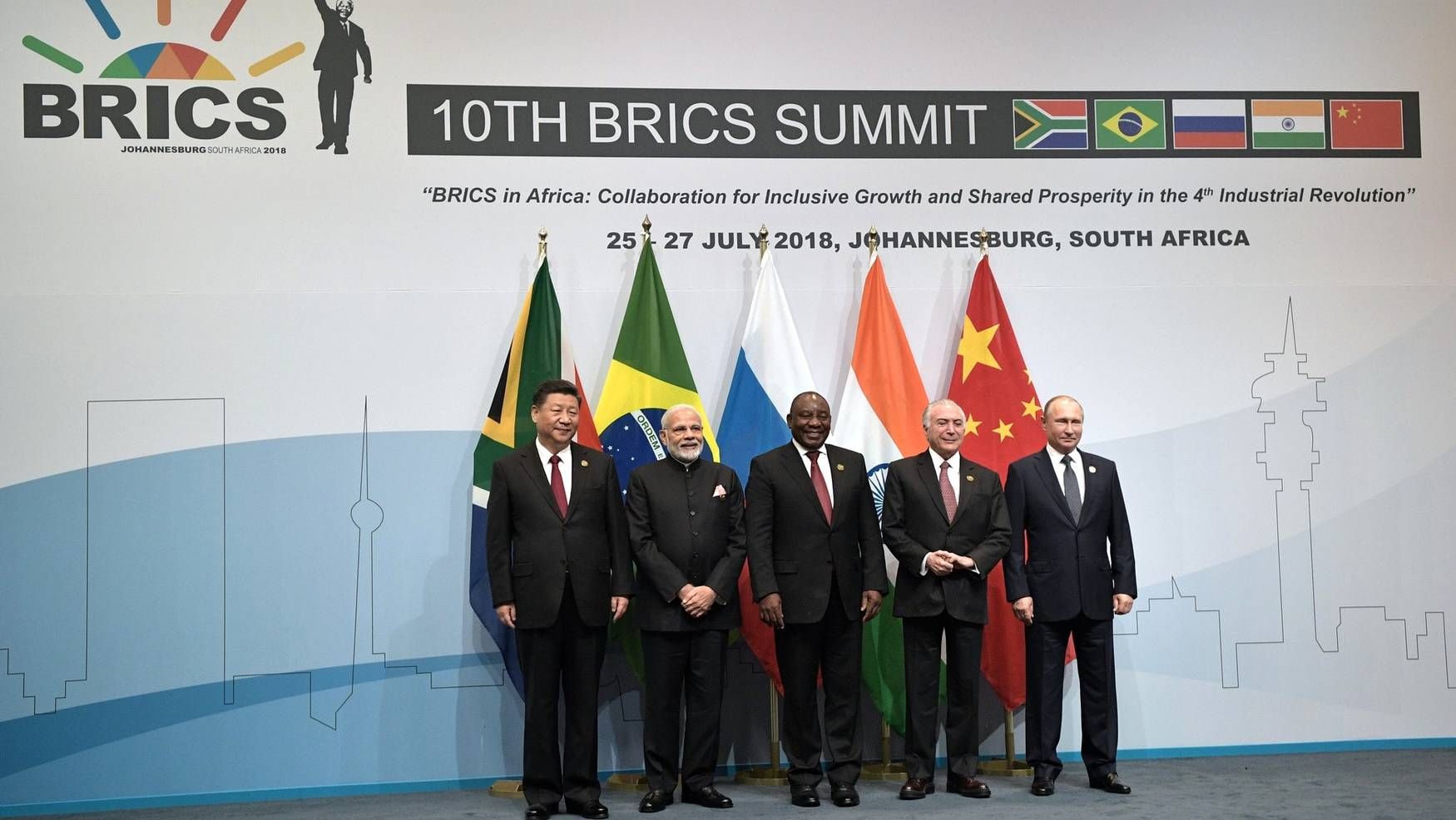 Five major banks from each BRICS member state signed a Memorandum of Understanding (MoU) on the development of distributed ledger technology (DLT), according to an official press releaseJuly 26.

During the 10th International BRICS Summit in Johannesburg, banks from the emerging economies of Brazil, Russia, India, China and South Africa agreed to a joint study of DLT technology like blockchain, “in the interests of the development of the digital economy.” BRICS countries have met annually since 2009 to discuss initiatives for economic, cultural, and political cooperation between member states.

The State Corporation Bank for Development and Foreign Economic Affairs (Vnesheconombank), the Brazilian National Bank for Economic and Social Development (BNDES), the Export-Import Bank of India, the China Development Bank, and the Development Bank of Southern Africa (DBSA) will all participate in the study.

The main focus of the 10th BRICS Summit in South Africa is cooperation in economic development “in the face of the fourth industrial revolution,” according to the press release. Mikhail Poluboyarinov, First Deputy Chairman and a Member of the Board at Vnesheconombank, said of the MoU:

“The current agreement allows the development banks of BRICS countries to study the applications of innovative technologies in infrastructure finance and bank products optimization.”

Earlier this month, the Reserve Bank of Zimbabwe (RBZ) initiated its own study of blockchain technology, with the eventual goal of integrating it into the bank’s business processes. RBZ governor John Mangudya said that the bank wants to embrace the technology in order to keep up with blockchain banking innovations in other countries.

Banks worldwide are finding a variety of uses cases and applications for the technology.

Last week, Bank of America (BoA) filed a patent for a blockchain-based system that allows for the external validation of data, and the Bank of Thailand (BoT) is considering blockchain tech for cross-border payments and fraud protection.