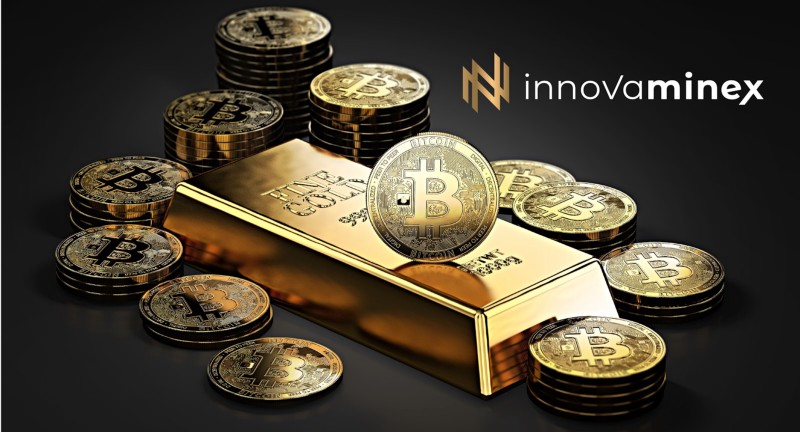 In 2017, at the time of the boom of ICO projects, the trending slogan was “Gold is dead – the cryptocurrency opens a new and lucrative future!”. Gold and cryptocurrencies were represented as opponents in the “money boxing ring”, operating outside the traditional financial systems controlled by governments. Gold has advantages, and cryptocurrencies have advantages as well. Today we have come to the point when ICO projects are connecting precious metals with cryptocurrencies, and making both markets more accessible to the general public!

Gold has been used as a medium of exchange and savings over the past 5,000 years, and today it seems obvious to many that cryptocurrencies are, in essence, also gold but without old-fashioned restrictions. Last year, for many skeptics cryptocurrencies looked like a natural evolution – a new alternative built on advanced cryptographic algorithms that can be stored in a digital wallet. So who still does buy gold coins? Wait a minute. If you look at today’s headlines and get acquainted with analytics, you can see that gold has not lost its relevance! Gold coins, ingots, bars, jewellery… have not disappeared anywhere from the market, moreover, their price is rising (which, against the background of the Bitcoin correction, 70% since the beginning of the year sounds very convincing).

Can cryptocurrencies be tangible?

Cryptocurrencies are often compared with gold and claim that they have come to replace it. But what physical, tangible object that represents digital money is depicted in a photo or graphic materials? Most often this is a sparkling gold coin with a BTC or ETH logo…

This is not surprising, since gold for thousands of years remained equally physical and tangible. Today, InnovaMinex, which combines cryptocurrencies and precious metals, has decided to create physical coins for the popularization of the project and of their own cryptocurrency – INX tokens.

It is noteworthy that this is not about souvenir coins, which can be found in abundance on the Internet, but about precious metal coins and ingots.

InnovaMinex will release a collection of cryptocurrency coins in gold and silver, as well as, release precious metal ingots, which will be branded with the corresponding cryptocurrency logos. Soon each of us will be able to hold in our hands 1 ETH or 1 BTC, give it to someone from your family or build a collection of precious coins.

Initially, coins such as Bitcoin, Ethereum, Litecoin, Dash, Ripple, Neo, Iota, Dbix and INX will be embodied in precious metals, and other coins will be added later. The coins will be issued in limited editions and the company’s specialists are already working on their design.

Gold is an investment vehicle with a long history. For the record, investing in gold meant escaping from market volatility. Even when market sentiment was predominantly bullish, which historically represents a less active period for investing in the metal, gold over the past years has nevertheless increased in demand.

Gold investors also know that their investments have a certain basis, because whatever goes wrong in the financial markets, gold has its own value. In addition, many societies and central banks continue to hold gold as a store of value.

The cryptocurrency is based on blockchain technology – a distributed immutable registry. InnovaMinex believes that this revolutionary innovation will change banking, payment systems, contracts and trade. Founders of the project also believe that it will change the investment concept in precious metals, and want to help it happen!

The main goal of the project is to make gold and other precious metals more accessible to a wider range of people using INX tokens, by reducing their prices to end customers, ensuring the transparency and security of all transactions conducted within the blockchain system.

The INX token will give token holders the right to purchase gold and other precious metal products with a 30% discount from the market price. As the demand for gold grows from year to year, INX demand will also grow. In addition, token holders who keep their INX in their wallets for 3 months will be eligible to receive part of the 25% of InnovaMinex quarterly income, in the form of discount vouchers.

These vouchers can be redeemed by buying gold and other precious metal products. These vouchers can get you up to 90% discount when buying the goods. This approach will make profitable the storage of INX tokens and will reduce the number of those investors who want to sell them.

The InnovaMinex project hasn’t only an MVP, but a solid business behind it in a project already underway – the project is a shareholder of MinexCorp, which already owns several gold mines in Colombia and is a leader in the gold mining sector. The company will produce coins from its own gold, reducing costs and increasing the value of its project. Gold is not a startup. Today it is a stable investment that we can trust. We are confident that in a few years the InnovaMinex project will become the same symbol of confidence and stability.