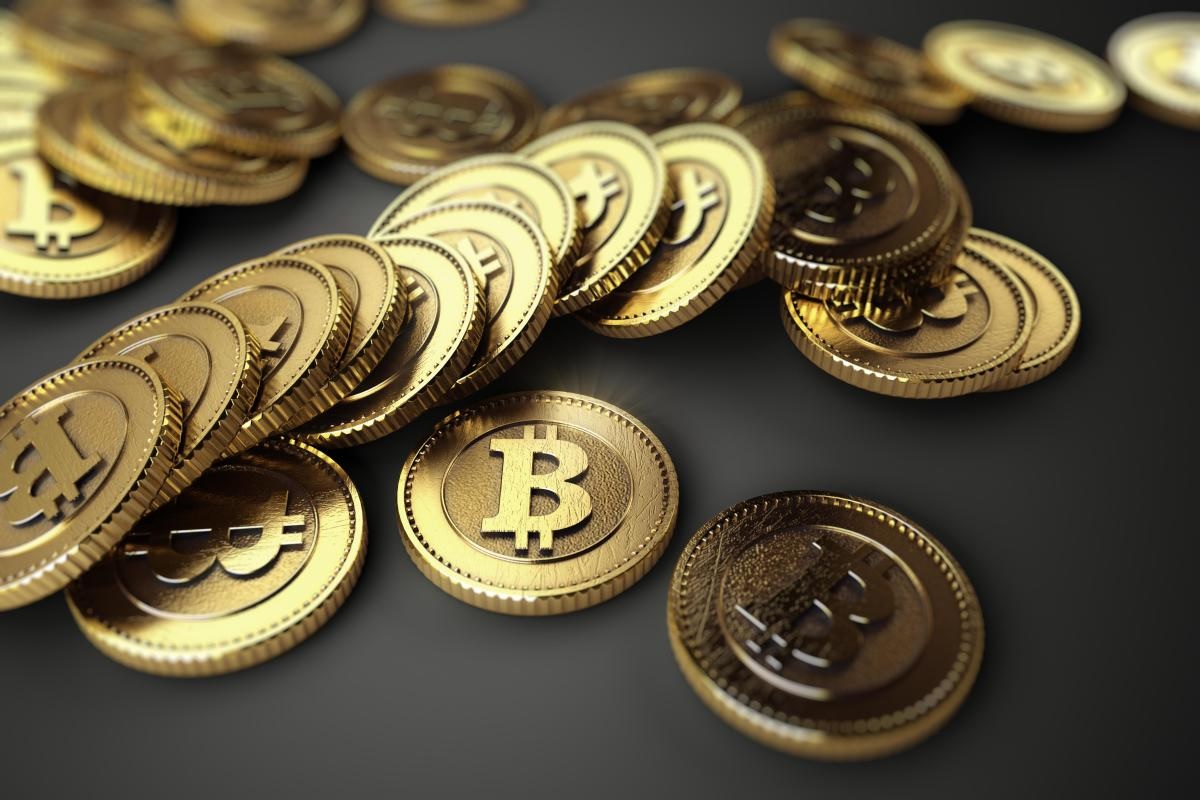 The latest “death cross” on the Bitcoin daily chart is swept aside in favor of buy-in signals and an “eventual” surge towards $50,000. 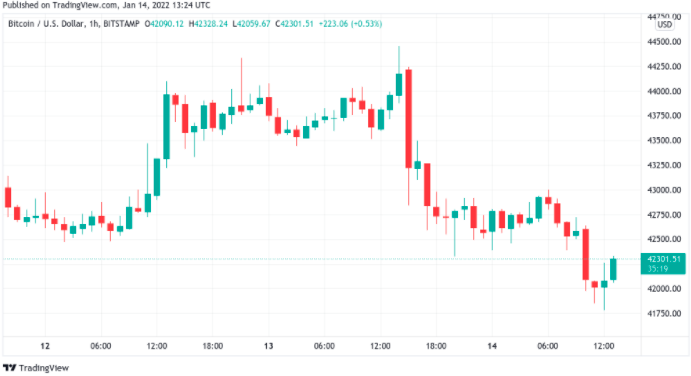 Data from TradingView showed BTC/USD shedding around 4% in 24 hours on Jan. 14.

While disappointing for those hoping that the worst of the pullback was over, analysts appeared unsurprised by the move, which they said could resolve via a fresh test of $40,000 support.

Pretty much the path for #Bitcoin. pic.twitter.com/VY0BkTXYOM

Popular trader Pentoshi also appeared to get his wish—BTC “sweeping” lows below $42,000 in what he had previously identified as a prime opportunity for entry. He added that $46,000 could be next.

Looming large, however, was another “death cross” chart construction on BTC/USD, a classic signal warning of bearish conditions. 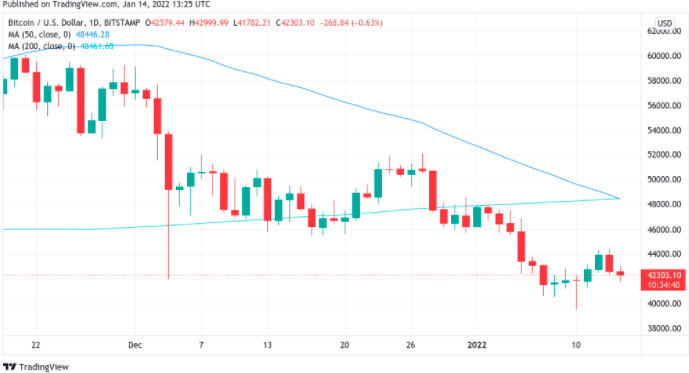 Upside conclusion still on the cards

Looking ahead, analysts at trading suite Decentrader remained bullish on mid-term price action, acknowledging that another dip into the $30,000–$40,000 range may yet occur.

The two-month downtrend from early December was ripe for disruption, they argued in a market update issued Jan. 14, and the upside was “likely” over a cascade lower.

“It is our view that we may need to see some further ranging between $44,000 and potentially $38,000 before an eventual breakout. This ranging is likely to cause more pain and misery for any traders who try to impatiently front-run major moves before they are ready,” the update summarized.

“Given the current fundamentals of Bitcoin and the size and consistency of the downtrend over the past two months, we do believe that a move out of the range to the upside is the most probable outcome eventually.”