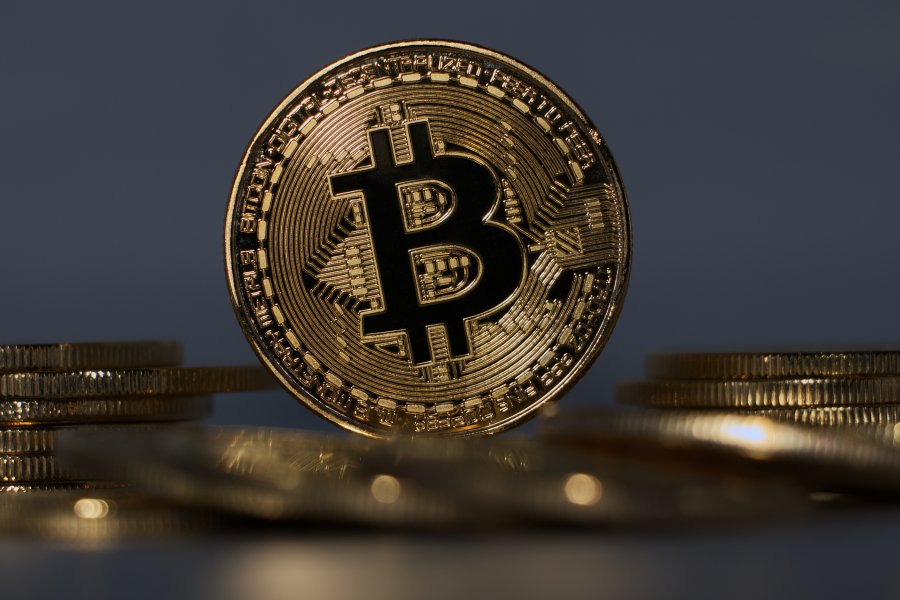 The dollar index (DXY) found support at a key level, leading traders to question whether BTC will manage to flip $17,250 to support.

On Dec. 2, the United States dollar index (DXY), an index that measures the dollar’s strength against a basket of top foreign currencies, reached 104.40 which was the lowest level seen in 5 months.

To recap, the U.S. dollar’s weight against the basket of top foreign currencies grew by 19.6% in 2022 until late September as investors looked for protection against the impact of a hawkish Federal Reserve and, more recently, the rising energy costs and effect of high inflation.

The U.S. dollar’s retreat may have been an interim correction to neutralize its “overbought” condition, as the 114.60 peak was the highest level in 20 years. Still, its inverse correlation with Bitcoin remains strong, as pointed out by analyst Thecryer on Twitter:

Notice how the intraday DXY retrace to 105.50 from the 104.40 low happened when Bitcoin faced a $230 flash crash to $16,790. Such movements reinforce how cryptocurrencies’ performance remains codependent on traditional markets.

Bitcoin enthusiast Aldo the Apache noticed that the DXY “bullish divergence at support” occurred as the S&P 500 stock market index struggled with a vital resistance level.

$DXY with bullish divergence at support while $SPX is coming is at major resistence.

What does this mean for $BTC? Another leg down IMO. pic.twitter.com/PK3Ku0zZrl

According to the analyst, the net impact for Bitcoin is negative if the expected trajectory confirms with the U.S. dollar gaining strength against major fiat currencies, and the stock market faces another leg down.

On-chain metrics are also painting a potentially bearish picture as Bitcoin miners, feared to be entering a new wave of capitulation, have upped sales of BTC reserves. For instance, the record hash rate and increased energy costs have drastically severed miners’ profitability.

Glassnode’s miner outflow multiple, which measures BTC outflows from miner wallets relative to their one-year moving average, is now at its highest in six months.

Let’s look at derivatives metrics to understand better how professional traders are positioned in the current market conditions.

Margin markets provide insight into how professional traders are positioned because it allows investors to borrow cryptocurrency to leverage their positions.

For instance, one can increase exposure by borrowing stablecoins to buy Bitcoin. On the other hand, Bitcoin borrowers can only short the cryptocurrency as they bet on its price declining. Unlike futures contracts, the balance between margin longs and shorts isn’t always matched.

The above chart shows that OKX traders’ margin lending ratio firmly declined from Nov. 27 to Nov. 30, signaling that professional traders decreased their leverage longs during the dip toward $16,000.

More importantly, the subsequent $1,250 gain that led Bitcoin to $17,250 on Nov. 30 were not enough to instill confidence in Bitcoin buyers using stablecoin borrowing. Still, presently at 23, the metric favors stablecoin borrowing by a wide margin — indicating shorts are not confident about building bearish leveraged positions.

Traders should analyze options markets to understand whether Bitcoin will successfully break the $17,250 resistance. The 25% delta skew is a telling sign whenever arbitrage desks and market makers are overcharging for upside or downside protection.

The indicator compares similar call (buy) and put (sell) options and will turn positive when fear is prevalent because the protective put options premium is higher than risk call options.

In a nutshell, the skew metric will move above 10% if traders fear a Bitcoin price crash. On the other hand, generalized excitement reflects a negative 10% skew. 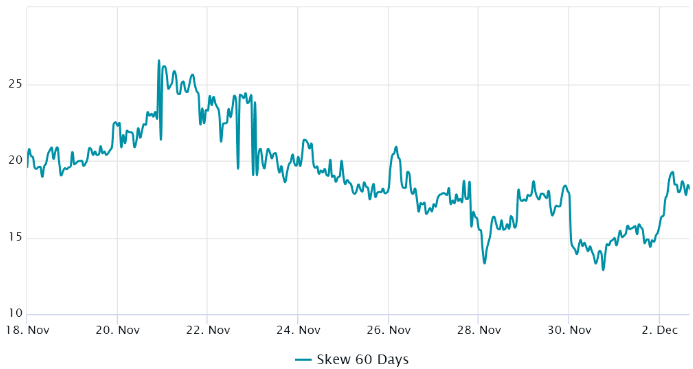 As displayed above, the 25% delta skew declined between Nov. 21 and Nov. 30, indicating options traders reduced their bets of unexpected price dumps. However, the trend inverted on Dec. 1 after the $17,250 resistance proved stronger than expected.

Currently at 18%, the delta skew signals that investors are still fearful and it reflects a lack of interest from whales and market makers in offering downside protection.

Consequently, pro traders are not confident that Bitcoin will recapture $18,000 anytime soon, which can be explained by the high correlation with traditional markets.

Until the DXY index sets a more precise direction and the S&P 500 shows strength at 4,000, the trend favors Bitcoin bears.