Chinese Crypto Bans on WeChat Accounts, Events, and Exchanges: What Happened and Why 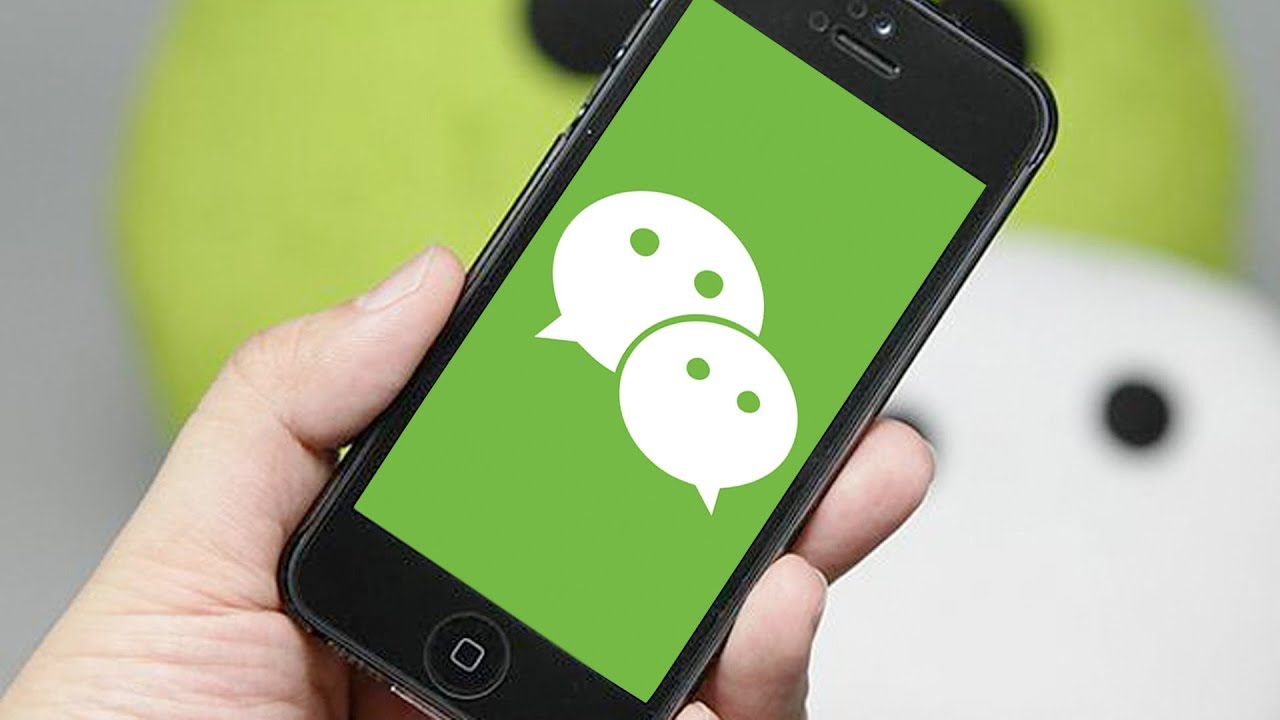 This week, the government of China has cracked down on crypto-related WeChat accounts, blockchain events and digital asset exchanges, solidifying its negative stance on cryptocurrency trading and the Initial Coin Offering (ICO) market.

On Aug. 22, Cointelegraph reported that WeChat, China’s biggest messaging app that has over 1 billion active monthly users, banned the accounts of cryptocurrency investors, users and businesses.

At the time, Lanjinger, a local financial media outlet, reported that the accounts of Deepchain, Huobi News, Node Capital-backed Jinse and CoinDaily were suspended or taken down permanently, as they violated its policy entitled “Interim Provisions on the Development of Public Information Services for Instant Messaging Tools” by promoting ICOs and cryptocurrency trading.

While CoinDaily confirmed that its WeChat channel with more than 100,000 subscribers was suspended by WeChat, Leonhard Weese, the president of the Bitcoin Association of Hong Kong, said to Cointelegraph that many accounts — destined to have been temporarily or permanently suspended — were actually taken down due to other sensitive subjects outside of crypto:

“They got blocked for talking about the vaccination scandal, not because of crypto. We find this counterintuitive, but reporting on scandals like that is far more sensitive than talking about crypto or doing crypto. I expect them to have their accounts reinstated in a week or a month.”

In late July, the Chinese medical industry was involved in a major scandal after the country’s main drug industry watchdog released its findings that accused two pharmaceutical firms of developing inferior vaccines and deceiving local regulators.

Specifically, Changsheng Biotechnology was said to have released falsified data on the sale of more than a quarter million ineffective diphtheria, whooping cough and tetanus vaccinations, as Fortune reported.

Weese argued that, given the magnitude of the scandal in China and the global medicine sector, it is more likely that apart from the case of large-scale cryptocurrency accounts like CoinDaily, Deepchain, and Huobi News, most of the accounts that were banned by WeChat were involved in spreading misinformation about the scandal.

But, as one WeChat official confirmed to Lanjinger, the Chinese government vowed to take a stricter approach in cracking down on ICOs and token sales, and Chinese social media platforms will continue to shut down the accounts of individuals and businesses that are utilized to promote and advertise ICOs in the Chinese market, which were banned by the government in late 2017.

“[Accounts were permanently shut down for being] suspected of publishing information related to ICOs [initial coin offerings] and speculations on cryptocurrency trading,” the official said.

In a statement obtained by South China Morning Post (SCMP), the Huobi team denied that the ban of its account was related to the government’s restriction of cryptocurrency, but rather by the “broad action targeting industrial media” by WeChat.

In July 2018, Facebook, which was banned in China in 2008, obtained a license to operate an office in China. The social media conglomerate has opened a $30 million subsidiary called Facebook Technology in Hangzhou to finance emerging startups and technology-related initiatives.

“We are interested in setting up an innovation hub in Zhejiang to support Chinese developers, innovators and start-ups,” Facebook told Verge in a statement.

Given the rumors around Facebook wanting to introduce its own cryptocurrency to the global market, it remains unclear whether Facebook’s supposed idea of integrating cryptocurrencies or launching its own blockchain platform could impact its current relationship with the Chinese government.

Chinese social media platforms like Baidu and WeChat have not seen any rumors in both domestic and international cryptocurrency communities regarding cryptocurrency and blockchain-related initiatives, possibly to avoid any conflict with local financial regulators.

On Aug. 25, the People’s Bank of China (PBoC), the central bank of the country, issued a warning against ICOs, firmly declaring that raising funds through token sales is illegal in the country. The PBoC and local financial authorities added in an official announcement that it was difficult to track and monitor transactions made through ICOs, even if the token sales are done domestically.

“The funds for these illegal activities are mostly overseas, and supervision and tracking are very difficult.”

The PBoC further emphasized that, while the country has encouraged the development and commercialization of blockchain technology, ICOs cannot be considered to be legitimate operations or developments on the blockchain. The document reads:

“Such activities are not really based on blockchain technology, but rather the practice of speculative blockchain concepts for illegal fundraising, pyramid schemes and fraud. The main features are as follows:

Sheng Songcheng, an adviser to the People’s Bank of China, also confirmed to state-owned publication ce.cn that the government has decided to strengthen its ban on ICOs, banning public accounts, channels and communication platforms utilized to spread information about token sales.

In December of last year, during the peak of the cryptocurrency market, when the combined valuation of all of the digital assets in the market totaled at $900 billion, China’s National Committee of Experts on Internet Financial Security — a government-backed research group — reported that the volume of the over-the-counter (OTC) Bitcoin market was rapidly increasing.

At the time, speaking to South China Morning Post, biggest mainstream publication in Hong Kong, Weese said that Telegram has been the go-to platform for large OTC trades due to the connections between local financial authorities and the operators of WeChat, but that a small portion of investors were still using the Chinese messaging platform. Weese explained:

“Telegram is very popular for large, over-the-counter trades. While WeChat is used by the less paranoid.”

Operators of various cryptocurrency exchanges and OTC platforms — including Tidebit — confirmed the rise in activity in the Bitcoin OTC market, stating that investors who could no longer trade within the Chinese market have started to explore peer-to-peer alternatives to invest in the asset class.

This week, Alipay — the most widely utilized fintech platform in China, with a 90 percent market share and a $150 billion market valuation — formally banned OTC trading on the Alipay network, preventing users of the Alipay mobile app to initiate transactions for Bitcoin or digital asset purchases.

Red Li, a cryptocurrency researcher and the founder of Chinese cryptocurrency community 8BTC, revealed that Alipay has begun the process of shutting down accounts involved in OTC Bitcoin trading, most likely due to the government’s request for banks and financial networks to shut down all possible payment channels that could be used to send funds to cryptocurrency trading platforms.

A rough translation of the statement released by Alipay disclosed the intention of the company to permanently ban any account that is reasonably suspected of funding Bitcoin exchanges to invest in the cryptocurrency space.

But, due to the country’s strict capital controls and the government’s newly implemented initiative to track down savings and brokerage accounts utilized to evade taxes, it could become even more difficult to send money out of China to overseas markets.

This week, Binance — the world’s largest cryptocurrency exchange by daily trading volume — had to cancel a cryptocurrency-related event in Beijing on August 23, as the government announced a ban on commercial blockchain conferences and meetups.

The local government of the Chaoyang District in Beijing revealed that it has informed hotels and other large-scale venues in the country that they are not allowed to host events that are related to cryptocurrency and blockchain, as part of its larger initiative to completely crackdown on ICOs and distributed fundraising.

In an interview with The Wall Street Journal, a Binance spokeswoman said that she was not aware of the closure of the event because the exchange hosts many events across the world.

“We have so many meetups around the world, and [they] may be canceled due to any reason.”

The People’s Daily, the publication operated by the Communist Party, reported that so-called venture capital-backed media outlets in China have made a significant fortune by creating hype around ICOs, but it is unsure whether the publications will be able to continue promoting ICOs in the long term. The publication could lead investors to believe that local authorities may target independent media outlets that promote ICOs in the months to come.

“These ‘media’ outlets have made huge fortunes in the speculative waves of cryptocurrencies, but due to their nature, it’s doubtful how long their barbaric growth can keep on going.”

Conclusively, in the past two months, the government of China has allocated the majority of its resources to strengthening its ban on cryptocurrency trading and the ICO market.

Given the censorship practiced by WeChat, Alipay and other platforms, along with Beijing’s ban on crypto events, it is likely that the country will see a decline in the adoption of blockchain technology and cryptocurrency development, which is ironic, as China has spent more than $3 billion in funding blockchain projects this year.