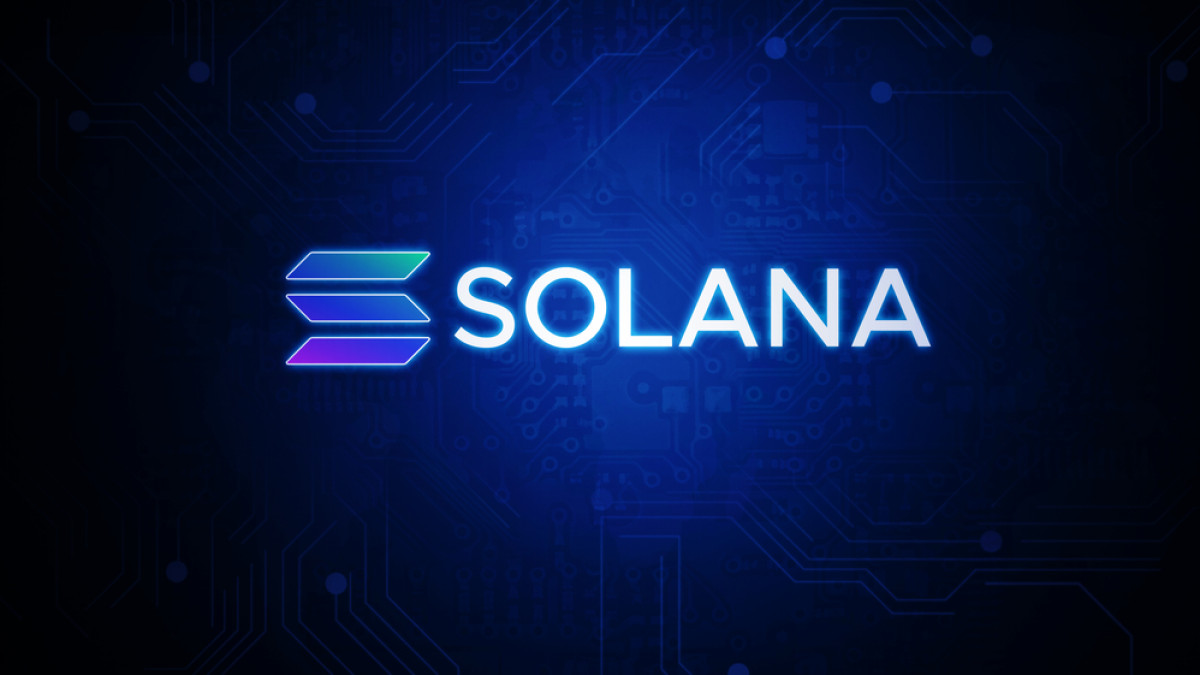 Solana (SOL) is nearing a decisive breakdown moment as it inches towards the apex of its prevailing “descending triangle” pattern.

Notably, SOL’s price has been consolidating inside a range defined by a falling trendline resistance and horizontal trendline support, which appears like a descending triangle—a trend continuation pattern.

Therefore, since SOL has been trending lower, down about 85% from its November 2021 peak of $267, its likelihood of breaking below the triangle range is higher.

As a rule of technical analysis, a breakdown move followed by the formation of a descending triangle could last until the price has fallen by as much as the triangle’s maximum height. This puts SOL’s bearish price target at $22.50 in June, down about 40% from June 10’s price. 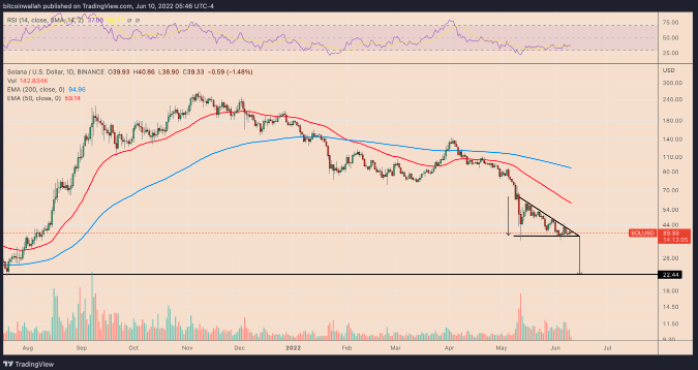 But not all descending triangles lead to breakdowns, suggests a study conducted by Samurai Trading Academy. Notably, the likelihood of a descending triangle setup reaching its profit target is seven out of 10, based on the pattern’s history.

So that leaves SOL with a roughly 30% chance of avoiding a breakdown and rebounding.

Descending triangles that form during downtrends but still lead to price reversals typically mark the bottom of the asset’s bearish cycle.

Suppose SOL holds strong above the triangle’s horizontal trendline support. Then, the SOL/USD pair could break above the structure’s falling trendline resistance, and rise by as much as its maximum height, which puts its upside target around $65, up about 72% from June 10’s price.

Meanwhile, SOL’s daily relative strength index (RSI), which has been reversing from its oversold threshold of 30 since May 12, also boosts the token’s upside prospects.

Could go up, could go down vibes

As a blockchain network, it had performed poorly in recent months due to back-to-back outages. The total value locked (TVL) inside Solana’s smart contracts has crashed to $3.69 billion, down 75% from its December 2021’s record high of $14.83 billion, data from Defi Llama shows.

On the bright side, Solana experienced sustained growth in network usage, developer activity, network infrastructure and overall ecosystem in the first quarter of 2022, according to a study penned by James Trautman, a researcher at U.S.-based crypto analytics firm Messari.

“Several factors contributed to the Q1 results, including the continued growth of new NFTs and NFT markets, diversification of TVL, improvements in UX and new applications across several sectors outside of DeFi.

The decision expects to attract developers that want to migrate their projects from Terra to Solana, which could lead to a higher demand for SOL.