Bitcoin (BTC) starts the second week of September still trying to cement $20,000 as support as the bears clinch control.

The largest cryptocurrency emerges from a sideways weekend with a weekly close almost exactly at the $20,000 mark — but that significant psychological level is already struggling.

Expectations already favored further downside during this month — the so-called “Septembear” phenomenon, which normally sees BTC price lose ground in September — and so far, there has been little evidence that this year will be different to most.

BTC/USD is down 1.5% in September 2022, and while the losses are modest, there are plenty of potential catalysts on the horizon.

Macroeconomic turmoil remains the name of the game in much of the world, the emphasis increasingly shifting to Europe as the energy crisis unfolds and the euro reaches twenty-year lows versus the United States dollar.

Stocks are also struggling in the face of a still strong greenback, leaving little room for a breakout to the upside for cryptocurrencies.

That said, macro BTC price bottom signals have been flowing in over recent weeks, resulting in a handful of analysts remaining quietly confident on the outlook.

Bitcoin bulls have had it easy this weekend, as a lack of volatility resulted in two days of fluctuating around $20,000.

The absence of overall direction meant that existing price forecasts remained intact, with even the weekly close itself continuing to leave the market guessing.

That came in the form of practically exactly $20,000 on Bitstamp, followed by downward price pressure in the first hours of the new week, data from TradingView shows.

Traders already expecting a retest of lower levels close to June’s $17,600, however, saw little reason to alter their perspective.

Going on vacation, lemme know when we reclaim 20.7k and head to 23k-ish. Thanks frens $BTC https://t.co/biYiFrDm4t

Popular trader Il Capo of Crypto reiterated plans for a short squeeze toward $23,000, followed by a reversal with $16,000 as a potential floor.

Fellow trader Cheds, meanwhile, confirmed that the 4-hour chart “continues to range” after bouncing from range lows into the weekly close.

“Be careful. This week is going to be spicy,” a subsequent tweet concluded following the close.

On macro markets, the Federal Reserve is due to take a back seat this week with important economic data next due on Sep. 13 in the form of the Consumer Price Index (CPI) print for August.

There is little chance for risk asset traders to rest, however, as events in Europe are already providing a new theater for volatility.

The weakness comes on the back of instability in energy markets. Russia, which was due to reopen its Nord Stream 1 gas pipeline at the weekend, suddenly changed course over maintenance issues, with gas supplies now set to be suspended indefinitely.

This, in turn, followed news that the European Union plans to implement a price cap on Russian energy in line with the G7, to which Russia responded with a threat to halt all energy imports.

As a result, gas markets are surging once more as the week gets underway, having previously plummeted from record highs.

European Gas jumps as much as 35% as #Russia keeps Nord Stream link shut. Now up 21%. pic.twitter.com/2SVRbOijKX

For Arthur Hayes, former CEO of derivatives giant BitMEX, the only way for the euro was likely down.

Reiterating a previous hypothesis from a blog post earlier this year, Hayes described the euro as entering a “doom loop” over the weekend.

“Either: 1. USD liquidity increases to bring down the value of the Dollar and help Europe afford its energy import bill Or 2. Europe reaches a Détente with Russia. I guess the 3rd option is turn off industry and residential heating,” he wrote.

Such is the extent of the crisis that even PlanB, creator of the Stock-to-Flow Bitcoin price models, suggested that a buy the dip opportunity should be second to basic needs — even with BTC/USD near two-year lows.

“People that have to choose between food and gas should not buy Bitcoin,” he tweeted last week.

As last week, an enduring headwind for cryptocurrency and risk assets more broadly continues in the form of U.S. dollar strength.

The U.S. dollar index (DXY) has forged a tradition of hitting twenty-year highs throughout 2022, and September has been no exception to the trend.

With that said, DXY has passed 110 for the first time since June 2002 this week, with the euro just one of multiple fiat casualties resulting from its rampant bull run.

“The former resistance retested as support that basically nobody wants to see from the dollar,” Scott Melker, the popular trader and podcast host known as “The Wolf of All Streets,” summarized over the weekend.

“I have a hard time seeing a bullish case here if the DXY continues. I expect a dump across stocks & crypto.”

In classic bear market style, long-term holders (LTHs) are knuckling down to weather the BTC price storm — and setting local records in the process.

Data from on-chain analytics firm Glassnode this week confirms that even coins last purchased just one year ago are increasingly becoming dormant.

Buyers, despite unrealized losses, are refusing to capitulate.

The percentage of the BTC supply now stationary in its wallet for a year or more has thus hit a new all-time high of 65.78%.

2022, Glassnode additionally shows, has seen a marked steepening of the one-year-or-more hodl trajectory, indicating resolve strengthening among the majority of LTHs.

At the same time, a complementary metric, the amount of coins being hodled or otherwise cut off from circulation overall, reached its highest level in almost two years.

Last week, meanwhile, fellow monitoring resource Whalemap noted that the Bitcoin spot price had fallen below the aggregate realized price of coins between one and two years old.

“There has only been 3 times in the history of $BTC that it was below realised price of 1-2 year holders. Now is the 3rd,” the Whalemap team commented.

Realized price refers to the aggregate price at which a specific cohort of BTC last moved. Bitcoin’s combined realized price currently sits at around $21,600.

Overall, it seems that the crypto market has fully retraced its bullish phase, which began in the second half of July.

This is epitomized, as ever, by the Crypto Fear & Greed Index, the classic sentiment gauge that hit just 20/100 over the weekend.

Now firmly back in the “extreme fear” zone, the Index has more than halved over the past three weeks alone, pointing to the scale of the sudden cold feet being experienced by market participants.

At the end of last month, meanwhile, PlanB characterized current sentiment as historically fearful based on the distance between spot price and realized price.

This will not stay blue forever. Macro and markets may be different, but humans don’t change, human behavior is driven by greed (red) and fear (blue). pic.twitter.com/gTh6hMg70P

“IMO everybody and their mother is expecting a worldwide mega recession and all markets collapsing, i.e. most of it must be priced in. The slightest hint of recovery will pump markets,” he added in associated comments.

Surge or purge? Why the Merge may not save Ethereum price from ‘Septembear’ 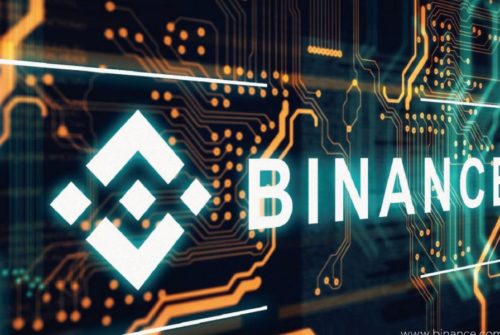 Surge or purge? Why the Merge may not save Ethereum price from ‘Septembear’