The most popular ICOs of recent time 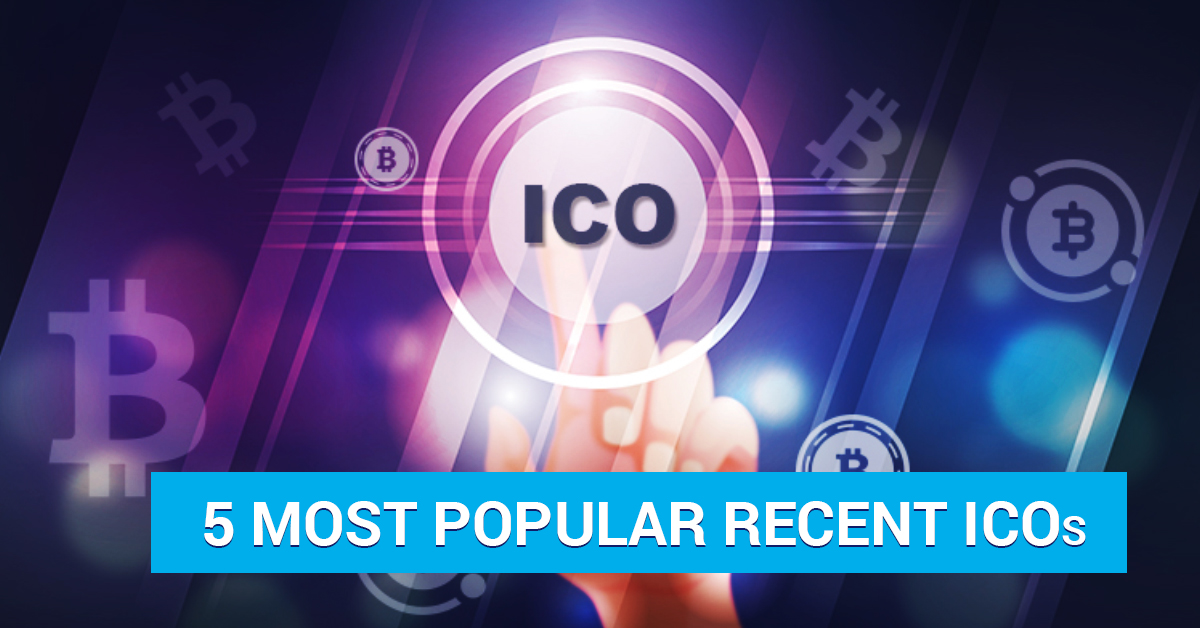 As we move ahead in 2018, many new ICOs are emerging and becoming successful every day. One thing we have learnt from the success (and failure) of the recent ICOs is that only a token sale with the real and in-demand concept can achieve the desired success.

Presently, there are over a hundred ICO sales being held at any point in time. It can get very confusing to choose which ICO would help you achieve that success with your money and return on investment. Therefore, we have shared here a list of the most popular ICOs of the recent time that you should definitely look at if you are planning to invest in this market

EOS is probably one of the best blockchain projects we will see this year. It is not just another application developed on the blockchain platform, but it is a new blockchain that allows development of other decentralized application on it. The reason why EOS became very popular this fast is because it is now being considered a serious competitor of the Ethereum, which until now dominated the blockchain market almost entirely.

EOS competes against ETH in terms of transaction speed, security and cost of transactions. It was created by Daniel Larimer, who also founded BitShares and Steem. The best part of the EOS blockchain is that it can be used by just anyone for building secure decentralized applications that work same as any web-based apps. This makes the technology usable in a range of industries for developing new apps for individuals and businesses.

The most outstanding feature of the EOS platform is that the company claims that there will be no transaction fee for decentralized apps developed on this platform. This might just make EOS the next big blockchain for DApps development.

Well, the ICO sale of EOS tokens finished already in July 2018. The token is trading on the exchange, where you can buy EOS in exchange for other ERC20 tokens such as Ether.

EOS is an ERC20 token and is compatible all the ERC20 wallets.

Medipedia is very popular blockchain based project that came into existence this year. The project was founded by a Singapore based team of entrepreneurs, who dreamt of building a common platform for medical consumers to connect with reliable service providers, and this is exactly what Medipedia does.

Medipedia is a blockchain based ecosystem of healthcare services, where medical consumers and services providers (hospitals, doctors & institutions) have been put on a common platform to enable fast, low-cost and peer-to-peer transfer of information and services. So, what’s the use?

The platform has been designed mainly to help medical tourists who visit a foreign country in search of better medical services of treatment. Through Medipedia app, these patients can directly search, compare and find the best medical services based on their requirements and budget. They can also connect with doctors, consult with them and book an appointment. All the transactions are secured in a blockchain database which can be used later to verify transactions and ensure the promised services to the consumers.

The Medipedia token is the main cryptocurrency of the project. There is also a Medipedia Rewards Point (MRP) system.

How to buy MEP tokens?

MEP tokens can be purchased during the pre-ICO and ICO sales of Medipedia, which will be held from August to December 2018.

NEO is a Chinese blockchain platform which was started to compete against the Ethereum. It is also commonly known as “the Chinese Ethereum”. The project was originally developed in 2014 but the ICO sale was held only recently. Even though NEO got popularity all around the world, it became increasingly famous in China and is being used as the standard blockchain platform by many organisations.

The NEO platform makes use of the smart contracts to let people transact their physical assets in exchange for digital assets such as cryptocurrencies. The smart contracts ensure the security and reliability of these transactions. The NEO smart contracts are different from other trending ones from Ethereum and others, as they can be easily modified or written in popular programming languages.

The ICO sale of NEO has ended already. You can now buy the token on some popular crypto exchanges.

As one can probably guess, the WePower platform was developed to find easy funding solutions for green energy producers and also to connect investors directly with such projects. The blockchain technology ensures fast and transparent transactions in energy trading for all the involved parties.

The Bancor project, which was released last year, shortly became one of the most successful ICOs of the year by raising around $153 Millions in just a few days. The sale of Bancor Network Tokens (BNT) tokens was quite successful and the tokens are now trading on all the leading exchanges. But the popularity of BNT tokens lies in their purpose.

The use of BNT is as the middlemen for conversion of one cryptocurrency to another. The tokens are generated in real-time every time a user sends a transaction request through ETH smart contracts. Users can also trade their BNT on some exchanges. Upon a user sells his tokens, the BNT are distributed among the new buyers.

BNT was backed by the Bancor Network through which users can easily convert their tokens for other cryptocurrencies. The tokens are now available for trading on a number of popular exchanges, including Bittrex, HitBTC, Binance, and the Bancor exchange.