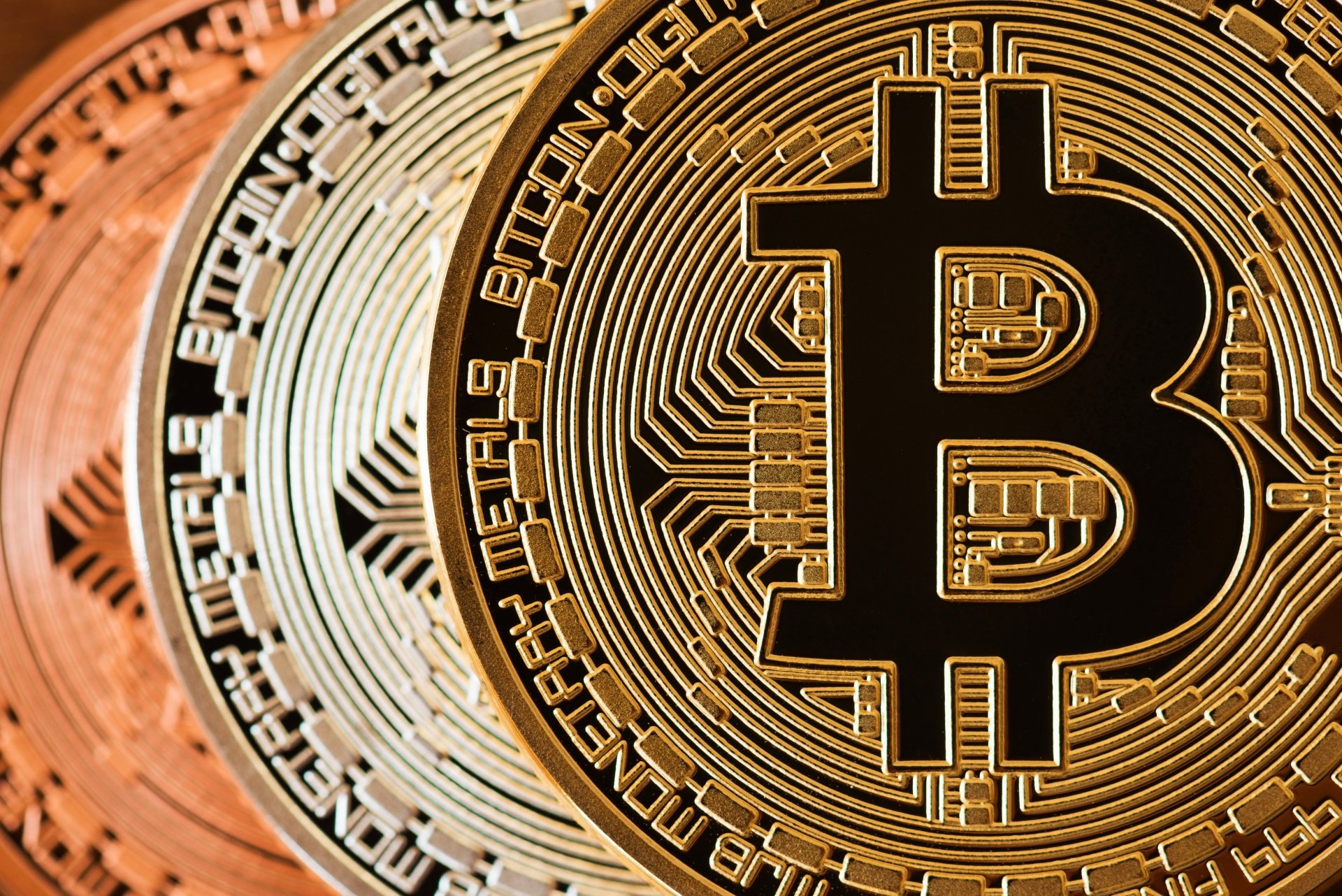 The latest relief rally, which began April 25, fizzles less than a day later, while Dogecoin continues its bullish vibe.

Bitcoin (BTC) pierced $40,000 at the Wall Street open on April 26 as its latest relief rally lasted less than 24 hours. 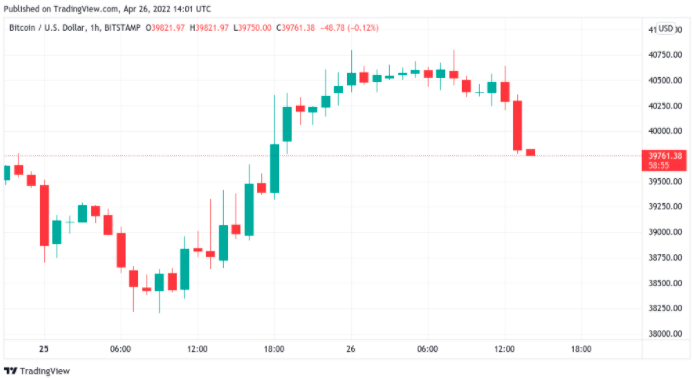 Data from TradingView showed BTC/USD dropping from local highs of $40,800 on April 26.

At the time of writing, volatility was in evidence as bulls and bears tussled for $40,000, a level which had been beaten with April 25’s uptick.

United States equities contributed to the return of sell-side pressure, with the Nasdaq 100 promptly losing 1.5% on the open and the S&P 500 trading down nearly 1%.

For popular trader Crypto Ed, the odds were on for a trip to $39,500 before another relief bounce took the market higher, potentially towards $42,800.

Wait for bounce, might also drop to the lower box pic.twitter.com/z5YOVHQ1vb

“BTC may be dipping now but the red diagonal on the RSI suggests that this current rally isn’t over,” he tweeted alongside a chart showing the setup.

“$BTC could dip to as low as the red area but should be able to enjoy trend continuation afterwards upon successful retest.” 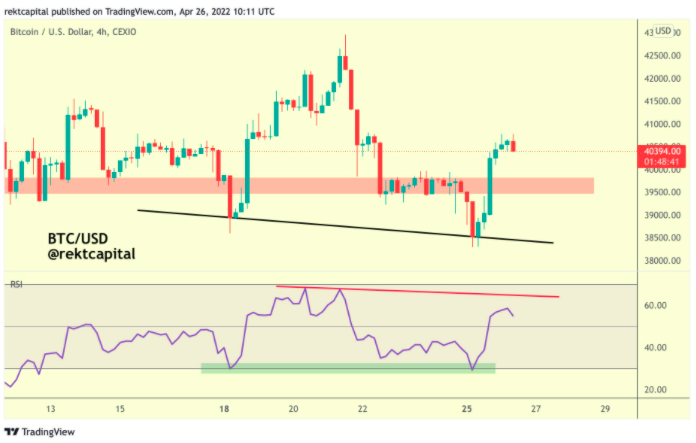 RSI has been responsible for various short-timeframe breakouts on BTC/USD in recent months.

On altcoins, it was Dogecoin (DOGE) once again leading the pack, with its latest gains propelling it back into the top ten cryptocurrencies by market cap.

Famous as his pet crypto asset, DOGE had profited from Tesla CEO Elon Musk closing a deal to buy Twitter, and DOGE/USD was up 11% in 24 hours at the time of writing. 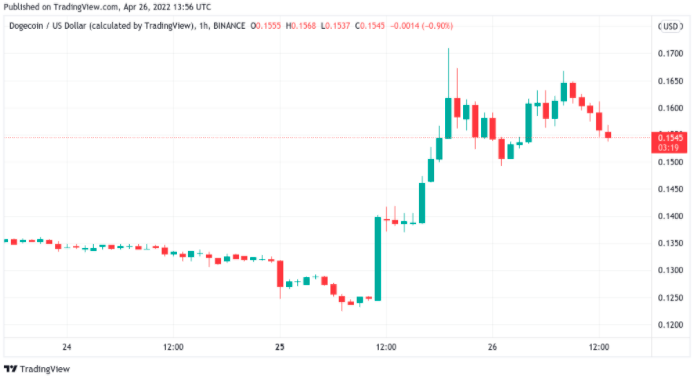 On monthly timeframes, however, ETH/USD was still holding up, Rekt Capital argued, despite the low-timeframe weakness.

$ETH is positioning itself for a bullish Monthly Close

Still holding the key black ~$3000 support well#ETH performed a downside wick to ~$2800 recently even though it could’ve wicked to as low as ~$2600 and still maintain its macro uptrend#Crypto #Ethereum pic.twitter.com/xf1Vhsu3L4