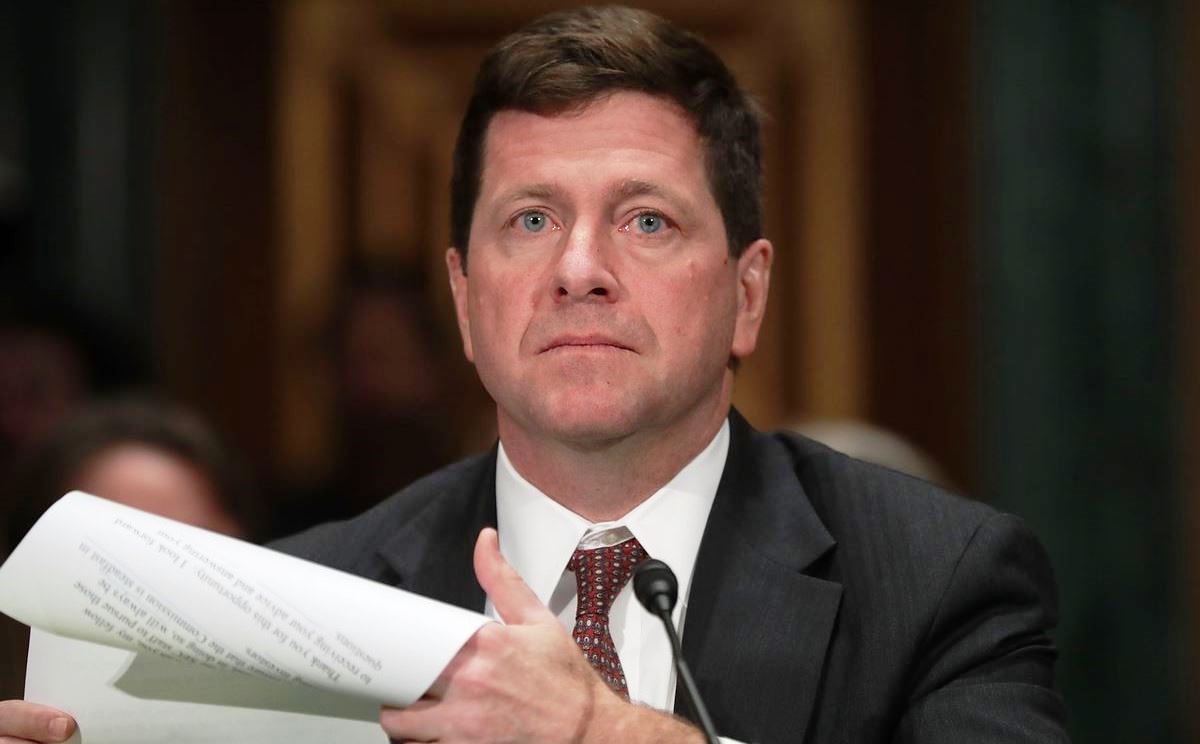 Speaking in an interview with CNBC, during which presenters mentioned the recent enforcement deals with ICOs Paragon and Airfox, Clayton underlined the need to conduct public token sales with U.S. consumers in line with SEC guidelines.

“We’ve had no ICOs register [with the SEC],” he told reporters, adding:

Both the SEC and fellow regulator the Commodity Futures Trading Commission (CFTC) have adopted the perspective that while Bitcoin (BTC) is not considered a security, various ICO tokens are, subject to individual scrutiny.

“I think we’ve been clear that Bitcoin isn’t a security, but many of the ICOs that you see and talk about – they are securities,” Clayton added.

Continuing, the conversation touched on other pertinent issues affecting the cryptocurrency industry this year such as the pending decision on whether to allow Bitcoin exchange-traded funds (ETFs) to launch.

On all topics, Clayton remained tight lipped, repeating aspects of the SEC’s stance already known to the wider community.

“I’m not going to comment on timing or anything like that, but we’ve been clear on some of the issues that are of concern to us,” he said.

Paragon and Airfox, which in 2017 raised around $27 million from their ICOs, must now repay millions of dollars to investors in addition to fines after regulators found them guilty of selling unregistered securities.