The digitalization of the fashion industry is inevitable with the rising popularity of the Metaverse, but technological improvements are still required to gain momentum.

Incredible as it may seem, digital fashion has developed so much that it already needs its own fashion week with all that implies: from the shows and presentations of new collections to public talks and parties with true DJs. The first-ever digital fashion week took place March 23-27 in Decentraland, a decentralized virtual social platform on the Ethereum blockchain. 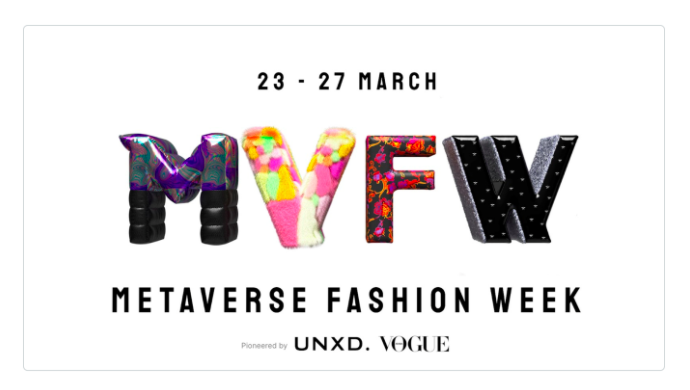 Previously, Jonathan Simkhai presented his collection in Second Life right before New York Fashion Week. After the show, skins of evening outfits could be purchased at NFT to dress up users’ avatars in Second Life.

Decentraland also held the first full-fledged fashion week in history, lasting five days. On the first day, Selfridges launched a store where NFT of the real exposition currently held in London was presented — the future of Victor Vasarely’s work and the influence he had on his contemporary Paco Rabbane called UNIVERSE. Players can purchase NFT dresses as well as Fondation Vasarely artworks. 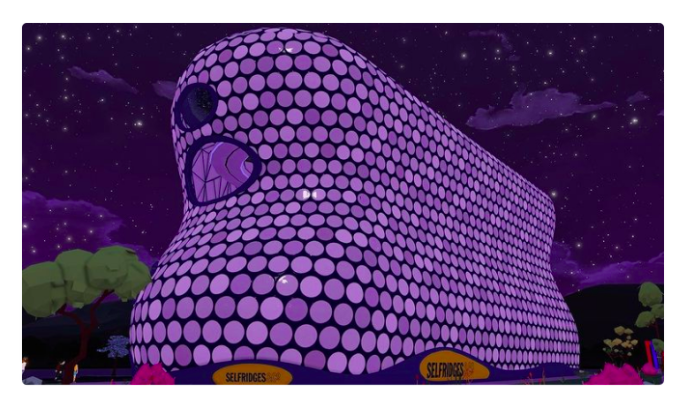 During the second day of the Metaverse Fashion Week (MVFW), there were a lot of panel discussions, modeling workshops, interviews, the UNXD Luxury District opening and mini-games. After all, we are in the gaming space. And, perhaps the most significant parts were two shows by Dolce & Gabbana and Philip Plein, as this is the reason why both gamers and fashionistas paid attention to MVFW.

Decentraland’s graphics immediately prompted questions from many Instagram users who commented on brands’ posts about MVFW. Decentraland was launched in beta in 2017 and many creators questioned the graphic’s quality, working with what they had. Because of the quality, the shows looked ridiculous, forcing brands to only post the images of the skins that could be purchased in-game. For example, Dolce & Gabbana chose cats with glasses and hairstyles as their digital models. Their show was held in a virtual hall with a circular podium and flowers. 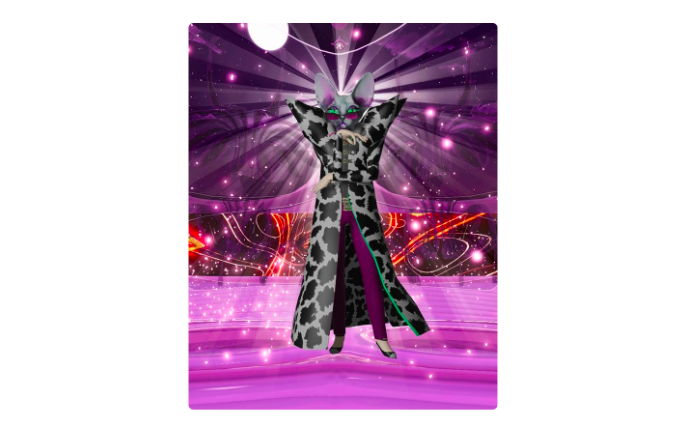 Each cat had its own style and the collection echoed the brand’s real show, both in the set design and the presented skins. This season, the D&G’s fans will fall to logomania in the Metaverse and will wear animal print, down jackets, voluminous shoulders and sunglasses, beaming with happiness. 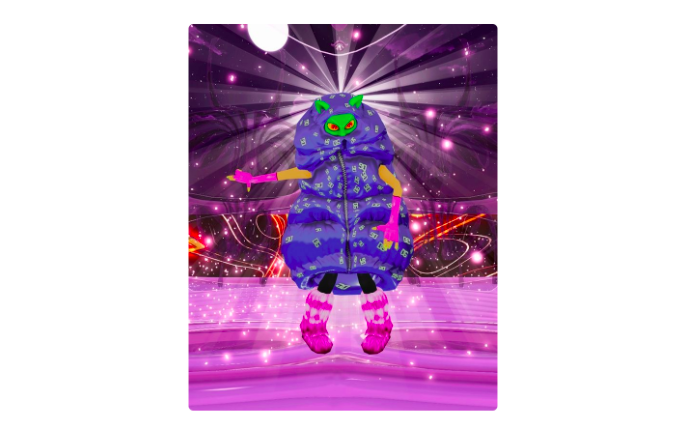 Philipp Plein held his show with a huge skull, noting the brand’s symbol. The skull opened and its tongue uncoiled to present the models walking in the show. The fans of the Philip Plein in this metaverse season are expected to wear luminous glasses or respirator masks, helmets with cat ears, down jackets, wings and bathrobes.

On the brand’s website, prices for skins that were sold just off the runway started at $1,500 for Moon $urfer and went up to $15,000 for Platinum $urfer. These skins come with a special treat: A small skeleton sitting on the shoulder — probably to justify the cost. 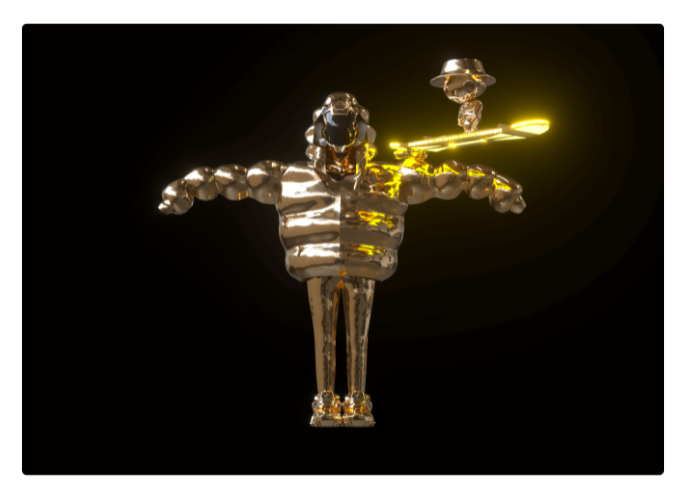 After the show, everyone was invited to go to a party where Plein broadcasted himself from home to join the party, bragging on his Instagram stories that his clothes were presented in the Metaverse for the first time. The designer was wearing his brand’s custom skin: a helmet with cat ears. It is clear that the Metaverse fashion adores cats.

Moreover, many brands opened digital boutiques in the Metaverse. In the Luxury District, shoppers could find Dolce & Gabbana and Philip Plein, but also luxury watch boutique Jacob & Co and a shop with Hèrmes Birkin bags. Are there any other ways that would allow you to emphasize your status in the Metaverse, if not a Birkin and a watch?

Jacob & Co launched “Astronomia Metaverso,” a nonfungible token (NFT) collection that includes eight watches, one watch for one planet in the Solar System. “The watches from the five closest planets to the sun (Mercury, Venus, Earth, Mars, Jupiter) have been produced as one-of-a kind physical watches (which include an NFT of the watch), while the three most distant planets (Saturn, Uranus, Neptune) have splintered into multiple digital-only variants.” 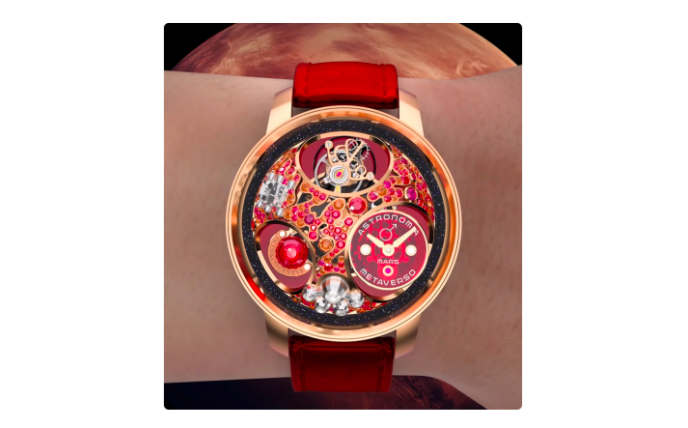 On the third day, there were an Etro show and a presentation of the Dress X collection. The Etro show was the biggest failure of the whole MVFW, as the styling of average avatars in mediocre garments with branded Buta designs was enough for a digital collection in the Metaverse. The show was held in the same place as Dolce & Gabbana, but with fewer special effects and not enough glow and style.

The audience’s behavior was far from perfect — many users were just rushing near the stage, spoiling the show. It was clear that organizers had no technical restrictions to prevent this, or it wasn’t expected. The fans didn’t like the show and tore the collection’s presentation down. 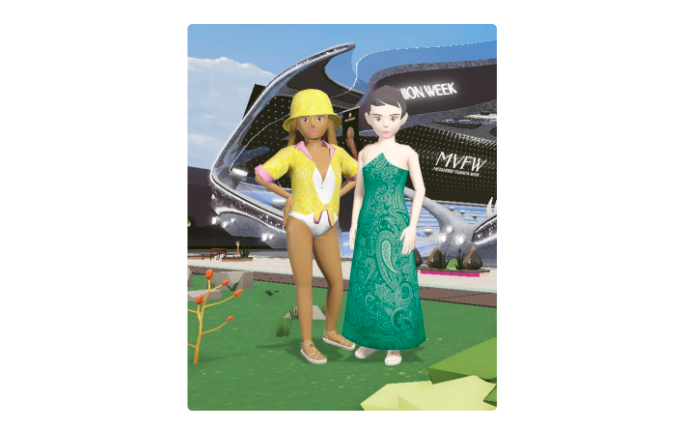 On the final day, there was a presentation from Estée Lauder, the first cosmetics brand that performed brightly in the Metaverse. They presented a product that gave the Avatars a veil of gold glitter, which looked amazing. As a smart branding move from Estée Lauder, it gave away gold glitter for free — users were happy and their avatars sparkled. 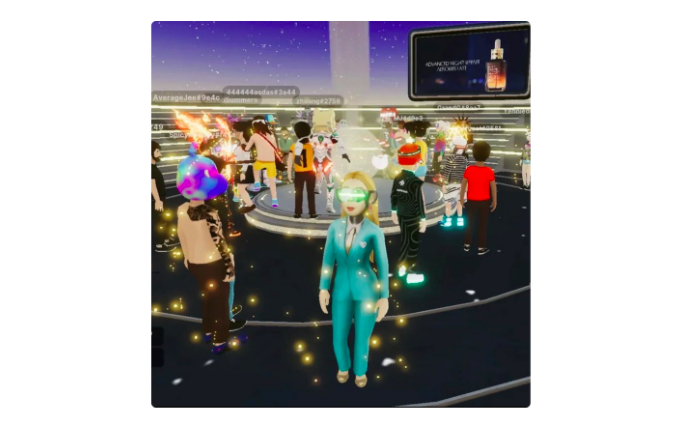 There was also a Dundas brand show with dresses with ties and glitter going out of your avatars. In fact, there was not anything particularly outstanding: It repeated the physical collection, playing with the concept of dress up yourself. Now, users can dress their avatars. The models they used were more humanized and less clumsy. 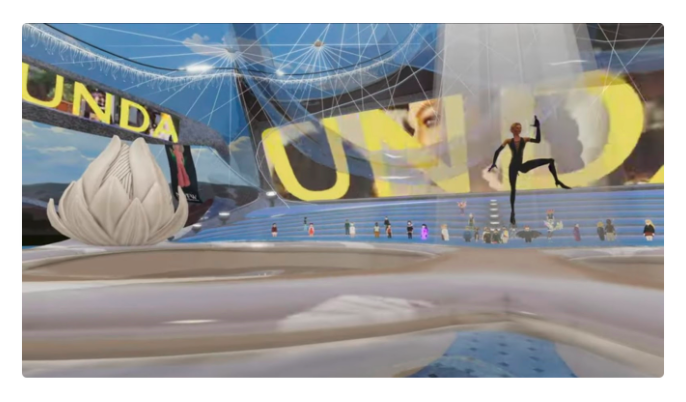 The final chord was the Auroboros x Grimes Immersive Experience party with Grimes performing. It was clear to everyone that she moved much better than the standard Avatars and even better than the models on the catwalk in this metaverse. She was wearing a suit with snake scales and had long braids. It did look like Grimes has been living in the Metaverse for a long time — she simply adapted. 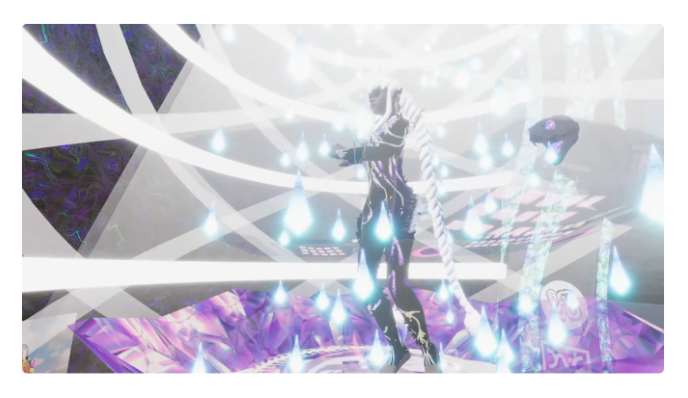 After five days of watching MVFW, it’s cool to see so many brands taking part in the new page of the fashion industry history, even if they couldn’t predict the result of this experiment. The shows didn’t look the way the brands expected they would, as publications on their social networks made clear. This is because brands posted the best photos from the show and not the reality of pixelated avatars and simple looks.

Perhaps the graphics were created specifically to make onlookers feel nostalgic, only then to amaze us with stunning results and an evolution of how the future of MVFW will look, even with realistic impressions of the garments and the models wearing them.

All we can do is hope that the next fashion week will be more technologically advanced and that Balenciaga will join the list since it seems to be the pioneer of digital fashion in the world of luxury.